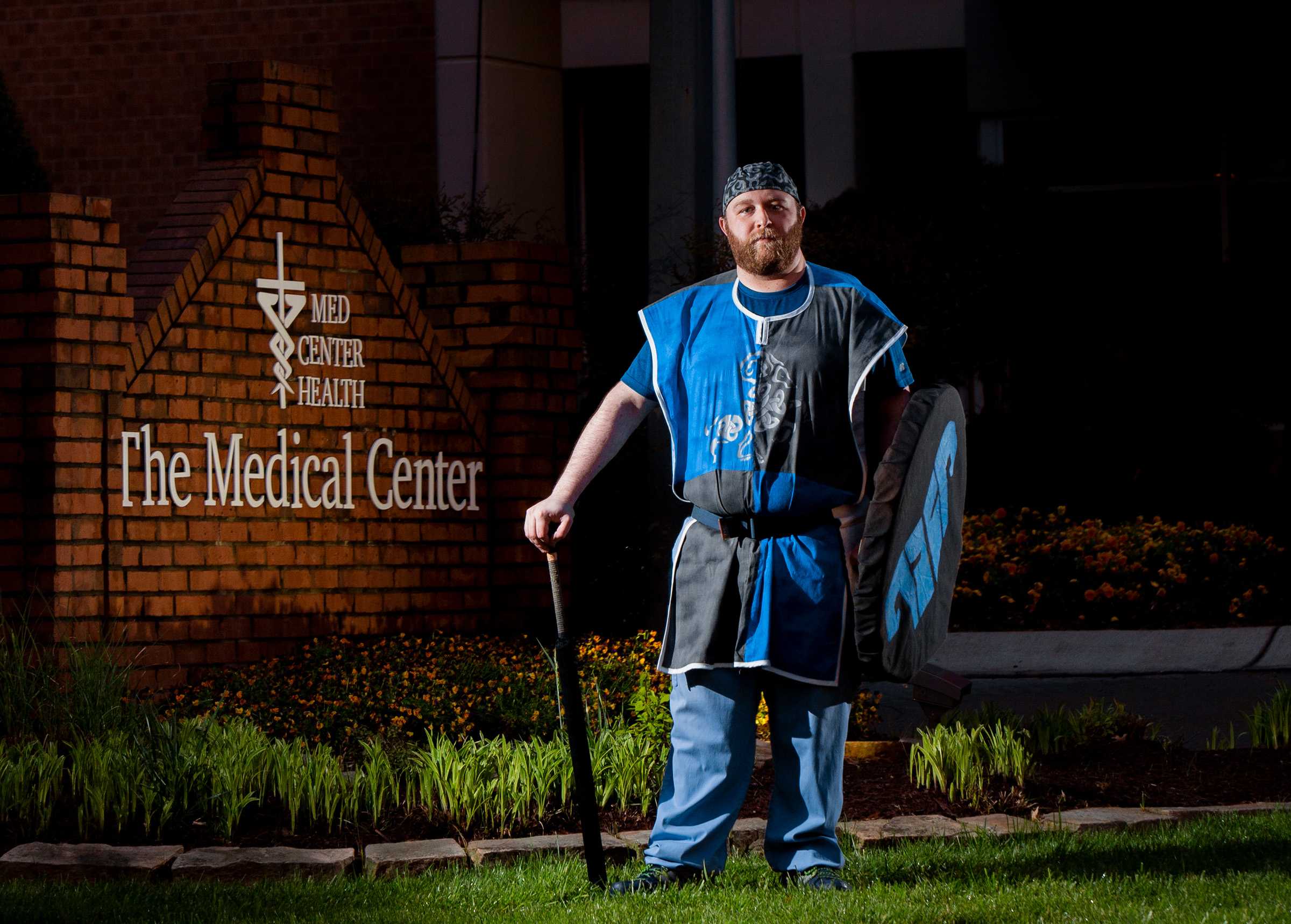 Jesse Hayes, 32, Bowling Green, participates in Belegarth, a medieval combat society with realms all across the nation, and world. More specifically, Hayes is a part of the Bowling Green realm called Viridian Hills. Hayes also works as a Registered Nurse at The Medical Center, as well as going to graduate school full time. When Hayes's sister drug him to a practice when he was in high school, Hayes fell in love with the sport. "It's a nice mix of athletics, but then nerdy," said Hayes. "It hits that fantasy nerve that's sometimes missing from real life, but it kinds of bring that to real life." Balancing his real life and fantasy life is difficult for Hayes, since his school and career keep him busy. However, Hayes tries to make it to as many Sunday afternoon practices as he can.

Meet the members of Viridian Hills

Editor’s Note: An earlier version of this story had an incorrect caption that has since been corrected. The first photo features Jesse Hayes, not Trevor Davidson. The Talisman regrets the error.

Belegarth is a Medieval Combat Society with Realms all across the nation. The Realm in Bowling Green is called Viridian Hills, aptly named for the rolling hills in the area. The group’s sigil is a white squirrel, which they proudly display on custom-made flags attached to their waists. The sport is a sect of live action role-playing, commonly known as LARPing, but is a bit different. Belegarth isn’t a re-enactment, nor is it an in-depth story. The primary purpose of the sport is the combat and physical contact of the fights. The group battles with foam weapons, ranging from great swords to daggers to bows and arrows. Each member has a battle name and can create a backstory if they would like, but it’s not required. Sometimes, keeping the balance between real life and fantasy is difficult, but the members of Viridian Hills say it’s all worth it.

Scroll down to meet a few members of Viridian Hills.