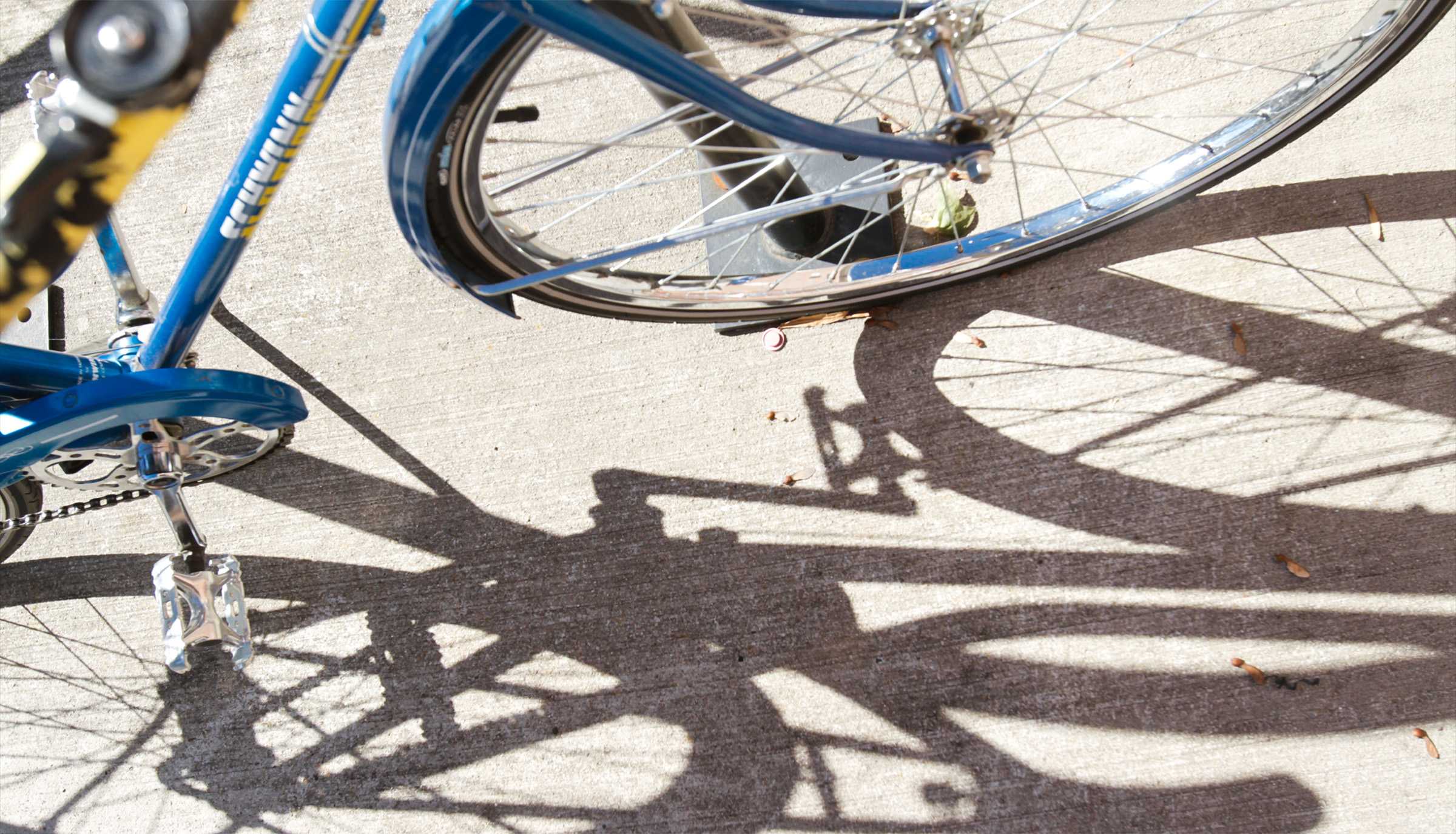 Pedaling back: Learning to ride a bike at 18

My palms were sweaty, knees were weak and arms were heavy. But Eminem references aside, I was terrified. I tried to learn how to do something that most learn when they’re 7 years old:

I don’t know why I never learned before. Maybe it’s because my parents got divorced when I was very young, or maybe it’s because I preferred staying inside my room playing “Pokemon” and watching the classic series “Scooby-Doo, Where Are You!” Praise be to the geniuses at Hanna-Barbera.

I thought my time had passed. I missed that golden window of opportunity, similar to how small children are language sponges and that fades away as you grow up and realize you’re living in a simulation.

But I knew my time did not pass; I still wanted to learn. I was an 18-year-old college student who had never learned how to drive, and I needed some kind of mode of transport. In short, the Hill was making me want to die more than our current political climate.

So I approached Bowling Green sophomore Reed Mattison, my fellow Talisman web staffer and our resident bike nut, for lessons. I had high hopes that I was going to overcome the missed checkpoint on my road to responsibility.

Let’s just say it didn’t go well. I fell over a good 20 times and learned many of the important lessons of bike riding, such as “don’t you ever look at the ground” and “roads are scary.” I also learned I have bicycle commitment issues and that balance is not my forte.

Pedal. Pedal. Pedal. That command had become the death of me. I can hear it every time I close my eyes. Let’s just say I haven’t gotten much sleep since, but this is college so who has, really?

To fall isn’t the best experience. It hurts. It’s beyond embarrassing, and I’m one who gets easily flustered. I got red in the face every time I fell (believe me, it happened a lot) and I kept trying … and trying … and trying. I just wasn’t getting it. I understood what I had to do, but I couldn’t get my body to do it.

Mind over matter, right? If I put my mind to it, I can do anything. I can eat 10 orders of fries from Chick-fil-A, conquer the grueling pain I feel in my astronomy class — and gosh dang it, I can learn how to ride a bike. I wanted to do it even if it killed me. I almost ran into enough cars to get their owners to want to have a piece of me.

But it wasn’t that important. It’s not easy. I’m a lanky white guy who lost all of his coordination when he stopped playing basketball in the fourth grade. I wasn’t going to be able to do it. It takes longer than a day, no matter how hard I tried.

I wished that I was taught when I was a kid, just to save myself from the embarrassment. I wished I could learn how to do anything in a day, and that was my superpower. But life isn’t easy, and I’m not Eminem or your average bike rider. I’m human, and I have flaws, which surmount to more than just being unable to ride a bike.