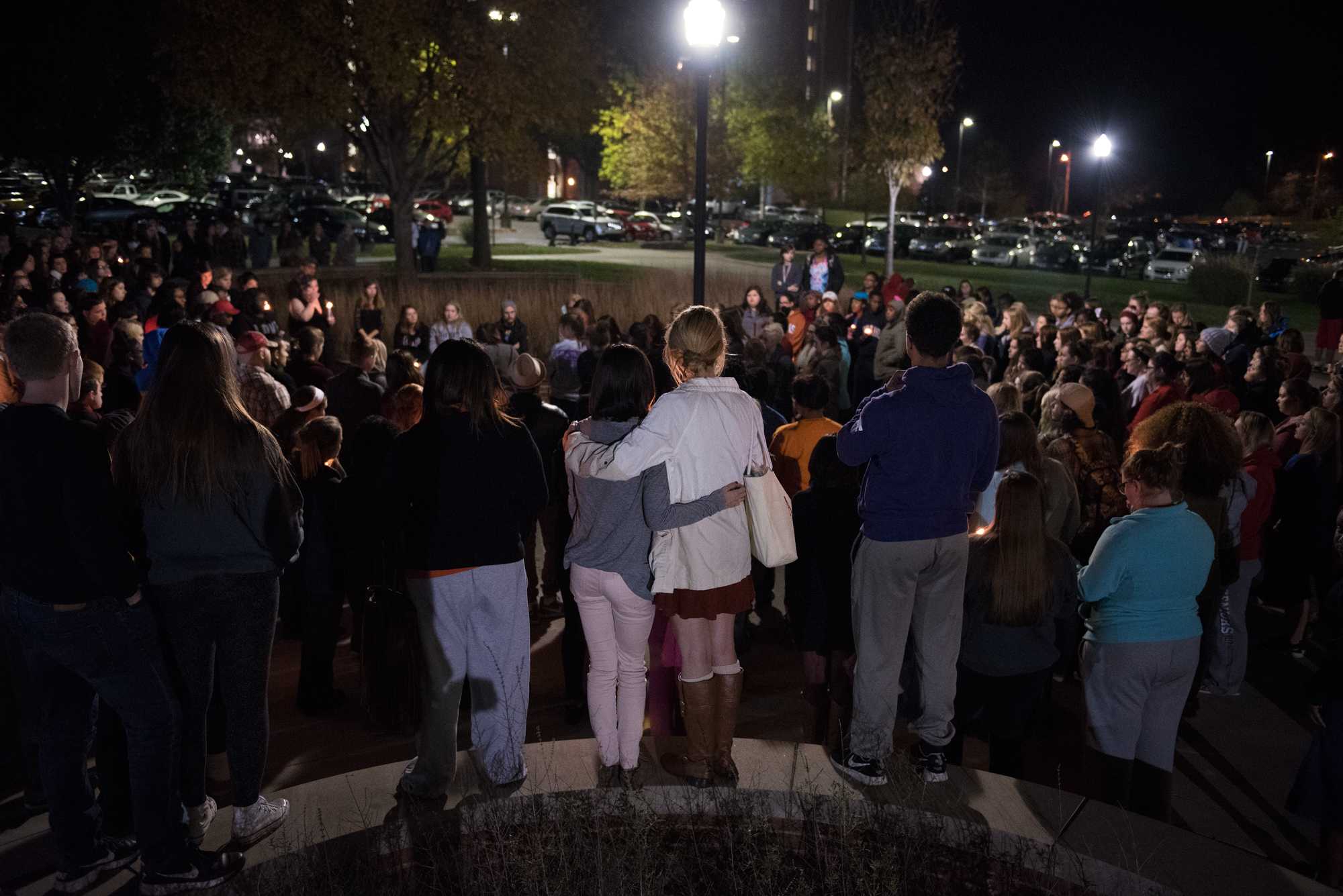 I walked up and they told me I had missed everything. That it was probably a suicide. That the men had taken It all away already. That the residents had formed a wall so the flock of photographers couldn’t get any good pictures.

It was cool outside, with a pleasant breeze. I had missed it all, and now there was an uneasy quiet broken only by the approaching laughs of laundry-basket-carrying residents who did not yet know.

PFT, monolithic as ever, did not bend or bow in sorrow. I did not see the coroner van outside its walls like I saw in the photograph on Twitter. I only saw a tower, piercing the blue sky. A tower with one less resident.

I heard editors in the College Heights Herald newsroom saying that they had names of the girl and her roommate, but that it would be unethical to publish their names in the story. I heard them say that they needed to make sure there would be photographers at the candlelight vigil.

I wonder if she had any classes today. I wonder if the professor said anything. I wonder if her classmates would think anything of her empty desk.

Saturday, the country stopped and stood in solidarity for Paris. Today, our little plot of Kentucky must stand 20,000 strong for one of our own. It was not a good weekend.