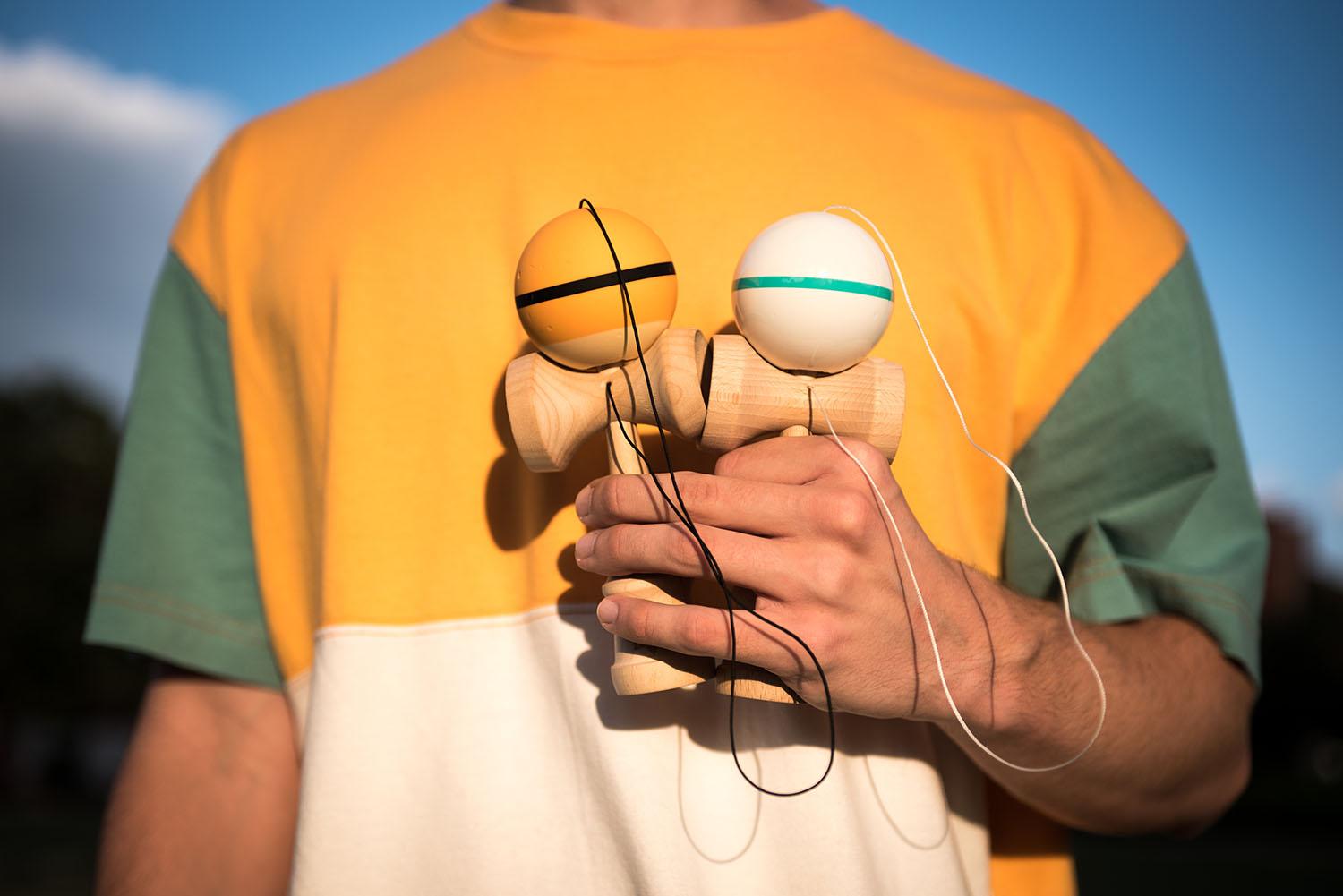 Save the drama for your kendama

The distinct click-clack can be heard echoing off the walls and down hallways. I know what you’re thinking, but it’s not the sound of hooves on pavement or two coconuts being hit together. What you are hearing is the crisp sound of the “tama” hitting the “ken.”

A trick has just been laced.

Kendama is part of a new wave of quirky hobbies that those hip young millennials are adding to their arsenal along with fidget spinning, memes and ultimate frisbee.

The basic anatomy of the toy itself is composed of three main branches: the ken, tama and string.

I am gathering my own collection of kendamas and am practicing nearly every day.
I have really low patience, and the fact that I wasn’t a natural talent really put me off for so long. I even grew resentful seeing how good my friends and my significant other got at it and all the incredibly intricate and complicated tricks they could do.

I finally starting looking at the toy a little differently when I was told by a friend that it was a really helpful way to deal with stress. I own a fidget cube but that still involves me sitting around, while kendama provides something for me to really throw myself into. It even makes me tired after practicing for a while.

I am still a beginner — especially compared to my friends and my boyfriend — but it is a fun and unique way to hang out and talk with friends while working on your own goals and energy.

You may have seen a few people jamming (the cool term for playing Kendama) around WKU’s campus. It’s the weird little wooden toy — a glo’d up version of the classic game of “ball in cup.”

Kendama is a strategy-based game that many credit to originating in Japan, but it’s earliest traces lead to France.

The aim of the game is simple: get the ball into the cup. However, the best players employ a seemingly unlimited amount of tricks and combinations to wow onlookers. You can even utilize the string to advance your tricks and give ’em a little more razzle dazzle.

There really is no end game when it comes to Kendama due to the limitless amount of tricks. The endless amount of tricks combined, range of difficulty and ability to invent your own tricks results in limitless kendama possibilities. I myself even invented a trick that I have named “pascetti.”

People play Kendama for the fun and the challenge of it, to push themselves in the concentration, tenacity and coordination it takes to master combinations of tricks.

There are even competitions for players to go and show off their skills. The best players are even sponsored by kendama companies — just like professional athletes — which grant them free gear and other perks. Some are even commissioned to design a pro-model: their very own, one of a kind kendama.

Here are a few key terms you need to know to fit into the kendama crowd, as well as a few basic tricks to get you started.

Jam — term referring to hanging out and playing Kendama, most likely with friends.

Example: “Suh dude, wanna jam later, I got a fresh ‘dama and want to test it out”

Lace — When you FINALLY land the trick you’ve been practicing. You usually know when a trick is laced because of that sweet, euphoric clack of the wood echoing the success.

Tip-whack — When the tama lands on the spike but then it falls off, thus missing the lace.

Example: “Aw that was so bogus! I totally would have laced that trick but I tip-whacked on the final spike.”

So if you find yourself hearing the click-clack of a Kendama on campus, feel free to stop and ask for a turn. The community is really welcoming and supportive of each other. Any progress is good progress!