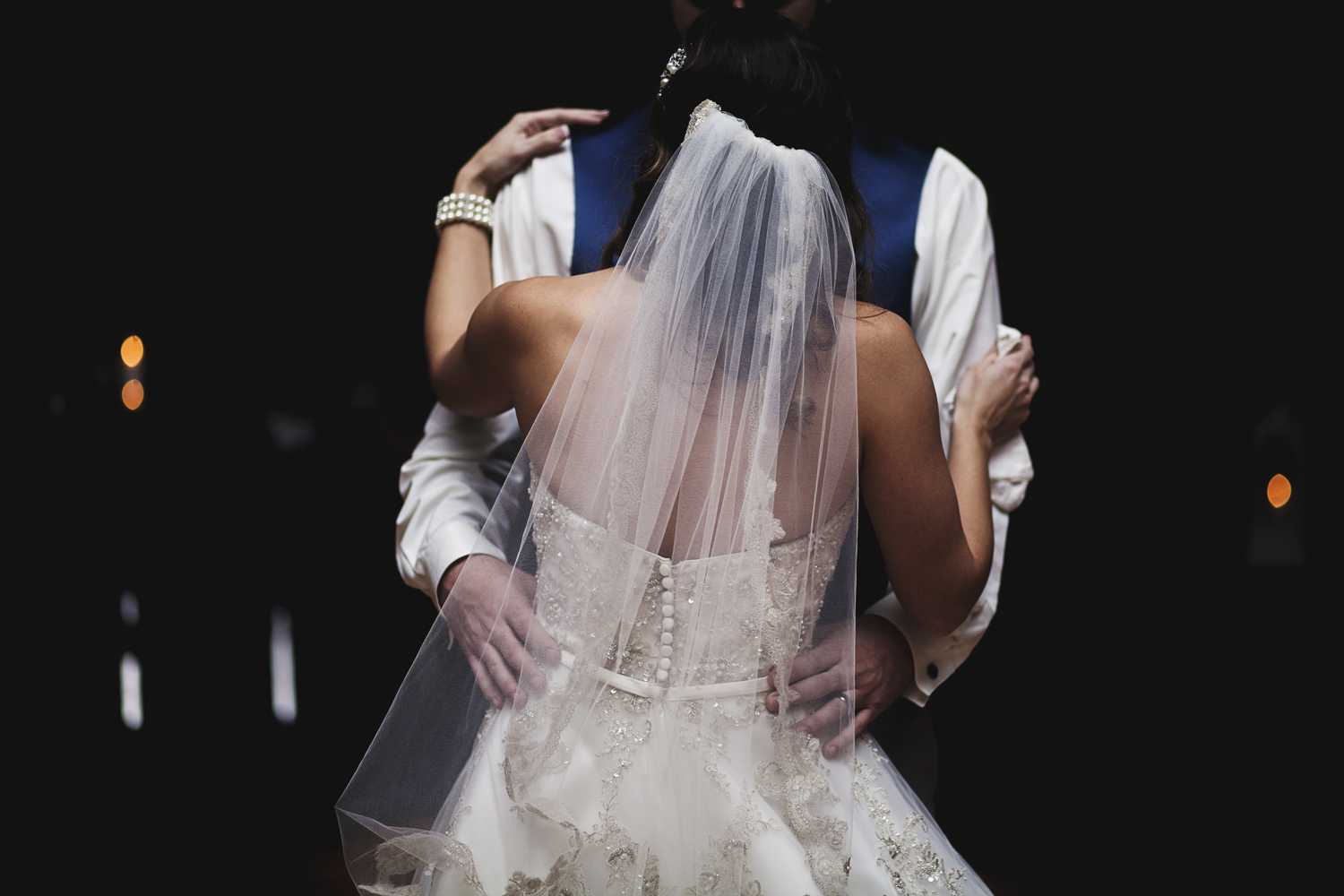 Saying ‘I do’ before your degree

Elizabethtown junior Anna Williams’ shoulder propped her phone to her ear as she spoke to her husband, Glendale junior Roy Williams, while she stirred the spaghetti she was making for dinner.

“Unfortunately I cook most of the time,” Anna said later, laughing. “That’s the way it crumbles sometimes.”

The Williams, both 20 years old, describe themselves as “the youngest married couple on campus.” The two became Mr. and Mrs. on June 24.

It’s rare for college students to get married. A Pew Research study shows most millennials don’t marry until their late 20s. On average, men don’t marry until age 29, and women at age 27. So, seeing a classmate rocking a wedding band may be surprising.

Initially, the Williams got mixed support from their family and friends, so they know all-too-well the constant inquiries, and sometimes criticism, young engaged or married couples face.

Older generations aren’t the only ones who can be skeptical of young, married couples. Louisville junior Essence Mask questioned whether college students are prepared for the commitment of marriage. Anna said she and Roy faced similar sentiments from their peers.

A typical student may be expected to balance five classes, a job and a social life, in addition to preparing for a corporate nine-to-five in the “real world.” Statistically, for most college students, this preparation does not include marriage.

Mask is currently single but dating. She believes in commitment, but she doesn’t think she or any other young person truly knows if they are ready to say their vows.

“We think we love someone, but come to find out you don’t even know what love means,” she said. “I just don’t get how you know you’re ready for that level of commitment.”

When Roy spoke to his parents about marriage to his then girlfriend of two years, they too questioned how prepared he was.

“My family wasn’t supportive,” he said. “Not that they didn’t like Anna, but they just wanted me to wait until after college.”

Mask does suggest an alternative for young people who are serious about tying the knot. She advises that couples undergo a long engagement to make sure they’ve made the right choice.

“Don’t have a long engagement — it’s the worst thing ever,” Roy said. “You’re not married, but people treat you that way. It’s way more stressful.”

Despite the uncertainty of Roy’s family, the pair had a “this is it” moment about marriage on one of their first dates. Anna describes it as a look in their eyes that confirmed their devotion for one another.

“We knew we wanted to be together forever, so why would we wait?” Anna asked.

The two proceeded to plan the wedding during the spring 2016 semester and married ahead of schedule that summer.

“The process of planning the wedding was crazy because I had classes, and we were on a budget,” Anna said. “I couldn’t invite some people to the wedding because of it.”

With a low budget for their wedding and the pressures of college life, the Williams said their Christian faith helped them go through with their marriage.

Though the sparks between the two of them were evident, the pair didn’t move quickly into marriage. Prayer and planning played a major role into their decision to get married, they said.

“We both talked about the future and prayed about it,” Anna said. “It wasn’t forced. We just felt comfortable with our decision.”

Indianapolis senior Nakilah McClendon and Jerry Edmonds, a 2014 graduate from Charleston, West Virginia, are using the same method of prayer to help them through their process of engagement and marriage. The couple, who is also Christian, has been together for two years.

The couple says they are ready for marriage without any doubt. They’ve told their families and have begun to plan their wedding. Unlike the Williams, they’re waiting for McClendon to graduate college to alleviate stress.

“I feel like I am making a conscious decision in choosing to marry at a young age,” Edmonds said.

Edmonds said he believes that there should be a lot of forethought before deciding to marry at a young age.

As a young woman, McClendon said she feels pressured to think carefully about marriage. She said when she tells people she is ready, most of them refute her certainty and tell her she’s rushing it.

“It’s not a matter of rushing it or feeling tied down,” McClendon said. “When you’re dating God’s way and with purpose, it’s just the next step.”

Money in the bank

Though maturity may vary by age, finances are definite. For many young people, a lack of stable income excludes the possibility of marriage altogether. Millennials have high rates of college debt and unemployment, according to Pew Research. However, the Williams said they were undeterred.

“I think getting married right now was one of the smartest moves we’ve made,” Roy said.

Prior to marriage, Roy had to take out loans for housing and spend personal money on food and other necessities. Debt quickly became an issue.

Now the two live together in Kentucky Street Apartments and are able to use Anna’s housing scholarship to cover those expenses. They share the expense of grocery and household items.

The two believe they are better prepared financially and have more opportunities as a married couple.

“We can now focus on my debt, and I’ll be debt-free by the time she graduates,” Roy said.

However, the two said that without scholarships and financial aid, it would’ve been impossible to get married while in college.

McClendon said that’s another reason she’s glad they mutually decided to have a longer engagement.

“Right now, I’ve been focused on being financially responsible and saving,” she said. “Money concerns me, but it doesn’t scare me.”

Living your own life first

Mask feels that the idea of being married young takes away from your life and feels like the decision is rushed, whether the couple admits it or not.

“Most times you haven’t stepped out of your comfort zone and dated someone who wasn’t your type,” Mask said.

However, McClendon said she does not feel that marriage restricts her freedom.

“You can explore the world and be free with your significant other,” McClendon said. “The only thing that getting married says is that you want to see the world with them too.”

Edmonds, on the other hand, is nervous to see how he and McClendon will balance their time with each other once they are married, because they have been dating long distance for a while.

“We haven’t lived in the same place for a long time,” Edmonds said. “So, I want to see how we balance being together and apart.”

In the short time the Williams have been married, they have had to learn to strike this balance quickly.

“We barely see each other during the week outside of the classes we have together,” Anna said. “When we are together, we make the best of it.”

Anna and Roy have a date night every week. They also spend time together with friends and at Baptist Campus Ministry, where they worship together.

“Some of our date nights are on the living room floor with a blanket and Netflix because we are on a budget,” Anna said.

Anna said she was concerned about others’ opinions of her decision to marry at a young age.

“Planning the wedding was crazy because I was worried about what everyone would think of me,” Anna said. “That was hard to get over.”

Having the right support when getting married young is vital to making the process workable, Edmonds said.

“Our marriage counselor and a lot of other young married mentors just took us under their wings and made us more comfortable with our decision,” Edmonds said.

Anything worth having is worth working for, but sometimes being married in college is challenging, Roy said.

When people see his wedding band, they often think it’s a promise ring. When he tells them it’s a wedding ring, the reactions are not always positive.

“When a guy sees my wedding ring, I can feel the judgment,” Roy said. “I’m just at the point where I don’t explain myself anymore.”

Though unconventional in the 21st century, the concept of young marriage is not new. Pew Research shows that 26 percent of millennials believe they are too young to get married, and another 26 percent believe they haven’t found someone with the qualities they desire in a life partner. However, most young women in the mid-1960s were married by 21 years old, according to Pew Research.

These two couples are willing to go against the grain to pursue what they feel is right for their lives.

“Being married doesn’t change who you are, it just changes your last name,” McClendon said.