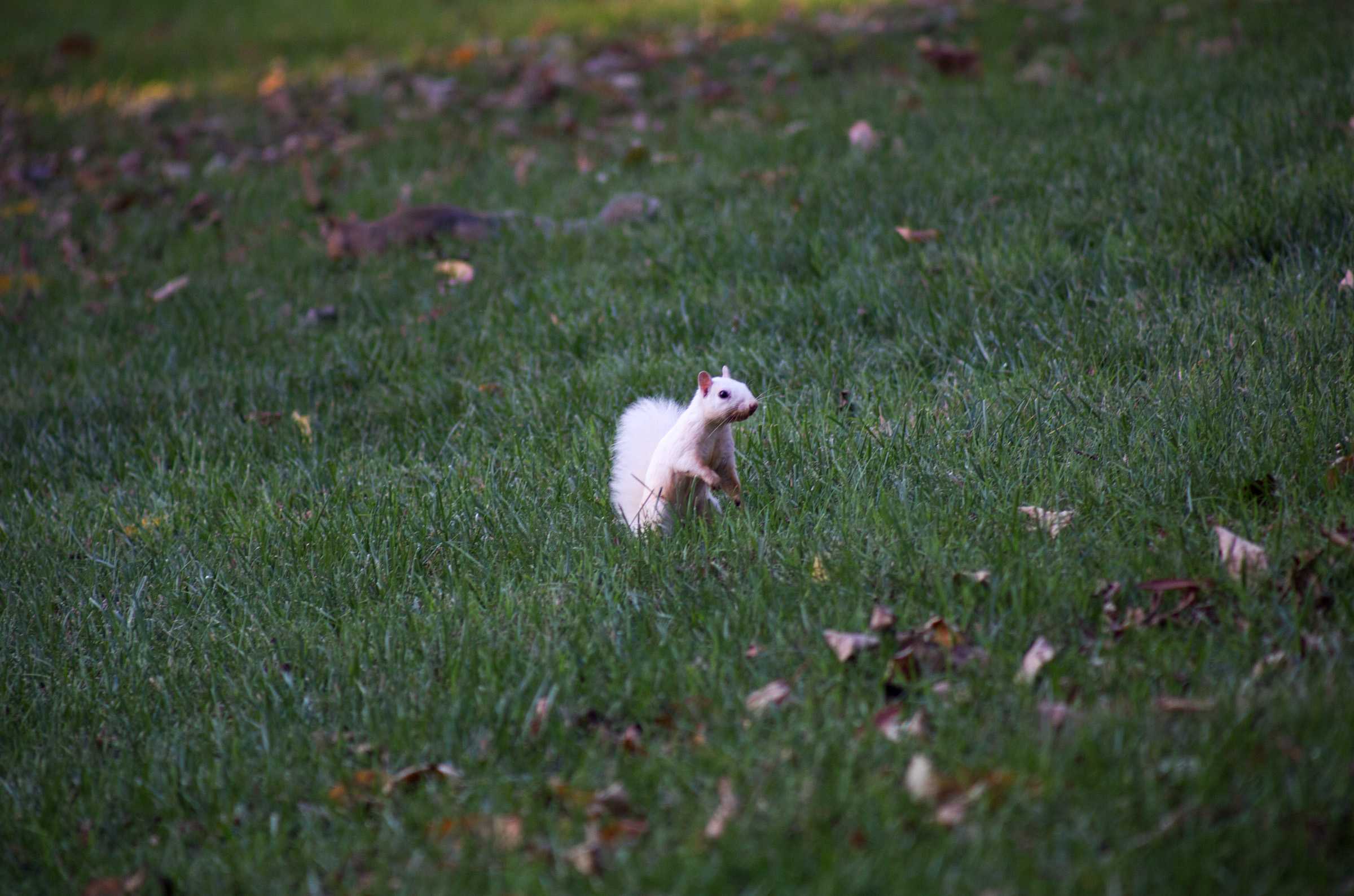 Editor’s note: A previous version of this story included a small typo that has since been corrected. We regret the error.

It’s been said that rumors are carried by haters, spread by fools and believed by idiots — well, I guess I am all three. After hearing for months on end about a squirrel watching club on campus, I finally decided to look into it and discover what all the hype was about.

I got online to find out just who was running this club and where by looking at WKU’s list of Registered Student Organizations. I know squirrels are experts in camouflage, but there are only so many places a registered student organization can hide.

But the club was nowhere to be found. I had found this club so intriguing, but could it really be too good to be true? I knew there had to be more to the story.

Though many have caught wind of the squirrel-watching club, none seem to be able to confirm its existence. Maybe it’s because they are hiding in the trees, but the club has somehow dissolved into oblivion.

My pursuit of the club became an edition of he-said-she-said, finding out who heard it from whom and how. I myself had first caught wind of it from Hannah Mazzoni, a sophomore from Louisville, but when I asked her who her source was, she claimed it was from someone else.

That someone else was Austin Vahle, a Lexington junior, and he said he would often tell prospective students about this club primarily because it is one that is often talked about across campus.

“Over time, I believe that this club almost became obsolete and just passed down by alumni and around campus, which is where I heard [the rumor] from,” Vahle said.

To truly get to the bottom of this debacle, I contacted Charley Pride, director of Student Activities and Organizations. As it turns out, to my chagrin, Pride said the club actually never existed.

“I have never been able to find a squirrel-watching club as a registered organization or in our inactive files,” Pride said. “Not to say that it may have predated what we have records for or that it was an unofficial student organization.”

It was finally a checked fact. The squirrel-watching club was nothing more than an urban legend on WKU’s campus, but it had to be possible. Squirrels are such an important part of the WKU culture, so I had to find a way to make this urban legend a reality.

To do so, I began by observing the national models — squirrel clubs don’t just exist, but thrive at universities across the U.S. The University of Michigan and Youngstown State University both currently have squirrel clubs in some capacity, dedicated to observing, protecting and even feeding squirrels.

Molly Mearns, president of the University of Michigan squirrel club, said the club was started around 2001 and is something often talked about on campus tours, so she decided to join.

“The purpose of the club is just to get people outside and on campus on a Sunday afternoon and just to give them a break,” Mearns said. “I think our club meetings are great stress-free zones. Plus, we have to keep up Michigan’s reputation of having the fattest and friendliest squirrels.”

Meanwhile, the squirrel club on Youngstown State University’s campus is relatively new, founded in 2017, said AnnaMaria Jadue, the club’s founder. Jadue, a YSU tour guide, had mentioned the possibility of a squirrel-watching club in one of her tours… But then, she actually decided to create one.

“On tour, while explaining that students are free to create whatever kind of group they would like as long as it enriches student life, I used to joke about potentially starting a squirrel watching club,” she said. “This spiel became part of the script for many tour guides. I decided the next step was to make one.”

While I am glad YSU and UM’s squirrel clubs are alive and thriving, as far as WKU is concerned, the truth about what happened to the club lies out there, somewhere.

If the squirrel club is possible at other universities, only time will tell when the squirrel-watching club makes an appearance on the Hill, and I can’t wait to see students go nuts for it. But for now, it’s just the stuff of legends.