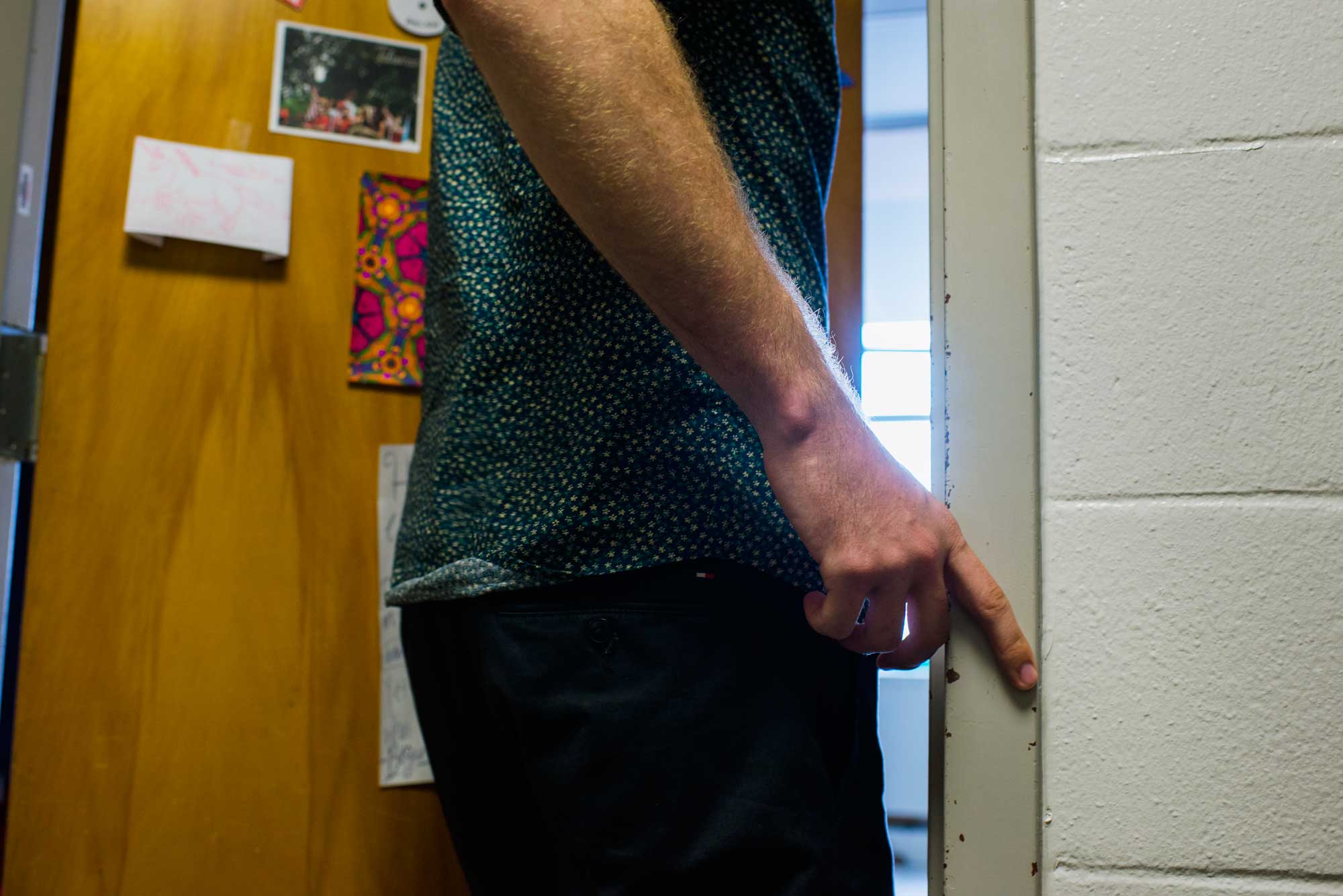 Tales from the Dorms: Lock Your Doors

I woke up Saturday morning three hours earlier than I had expected.

My roommate was standing over me, shaking my tired and lifeless body awake. Groggily, I glanced at the alarm clock sitting on top of my standard, dorm-issued bookshelf. It was 5:55 a.m.

“Helen, a random guy just crawled into my bed,” she said with an unmistakable look of panic on her face.

“Someone you know?” I said.

Just as quickly, she replied.

Realizing that she wasn’t kidding, I hopped off the bottom bunk and looked up at her spot on top. Sure enough, there was an unfamiliar, shirtless dude resting his head on my roommate’s pillow. He was fast asleep.

Psychologists say humans and animals respond to stress with either a flight or fight response. Saturday morning, my response was to flee.

I was in panic mode. Gripping our unlocked doorknob, I ran into the hallway without looking in the mirror or grabbing a pair of shoes.

My roommate followed closely behind.  With her gold room key in hand, she locked our door from the outside, confining the unknown intruder into our 16’ x 11’6” dorm room.

For the past four semesters, we’ve called Minton Hall home. We’ve lived in the same room, down the same hallway, on the same floor. Aside from some minor furniture rearrangement – this year we decided to bunk our beds to create more open space – not much has changed.

We know all of the other girls who live on our floor, and time and time again we’ve commented on how safe we feel from the comfort of our residence hall.

We know we probably should lock our door at night, but it never seemed to be a big concern. Perhaps it should have been.

At this point, it was 6:00 a.m. and we were locked outside of our own room. Looking at each other, we realized we had no idea what to do next. This wasn’t a situation we’d ever prepared for. HRL doesn’t hold bedroom intruder drills.

We decided our RA could help. We knocked on her door and explained everything that had happened. We told her how my roommate had been woken from her slumber by the sound of movement and rustling covers. Opening her eyes, she saw the face of a stranger, his body climbing into her bed. We explained that she jumped down from the other side of the bunk bed and shook me awake. We told our RA how, being sufficiently freaked out, we left the room together.

Perplexed, she invited us into her room and called another RA. Together, the four of us ventured back to our dorm room, currently occupied by a stranger.

We unlocked our door and we let the two RAs step into the dark, quiet room ahead of us. Our unwelcome guest remained where he had been when we left several minutes earlier — his body still and quiet, perched on the top bunk. The RAs moved closer. My roommate and I hid behind our door, stealing glances every few seconds so we didn’t miss the action.

“Hey, you’re in the wrong room, and you need to leave,” the first RA said as she approached the unknown and unidentified man.

The RA persisted. She repeated her first statement. She asked him what his name was and where he lived. She asked if he’d been drinking the night before.

Still, no response. He seemed to be fast asleep.

“Is he alive?” I whispered to my roommate as she stood next to me.

We both stared at his shadowy figure until we saw his chest rise and fall. We exchanged a glance. At least he wasn’t dead.

Now, none of us knew what to do. There was a strange man fast asleep in my roommate’s bed. The two RA’s were contemplating their next move. And it was still way too early to be awake on a Saturday morning.

The RA who had asked the questions searched for the hall director’s name in the list of contacts on her phone. She found the number and had just begun to make the call when the bed sheets began to rustle.

A tired and groggy guy opened his eyes, and saw the four of us staring back at him. Immediately, the questions began.

We each began to answer, but before we could, he had another question.

“Am I in the right room? Am I on the right floor? How did I get here?”

No. No. We were actually wondering the same thing.

A realization came over him, and his face turned red.

He stumbled out of our room, and back to the floor above ours, where he was visiting a friend for the weekend. He wasn’t even a student at WKU.

He was gone and our room was finally empty again. By this point, however, we’d had so much excitement we couldn’t fathom going back to bed. Instead, we decided to wash our sheets.

Later that day, my roommate saw him again in the lobby of our residence hall. He didn’t recognize her.

My roommate and I always knew it was important to lock our door at night, but now we actually do it. We hope you remember to lock your door, too.

In the words of Antoine Dodson, “you can run and tell that, homeboy.”