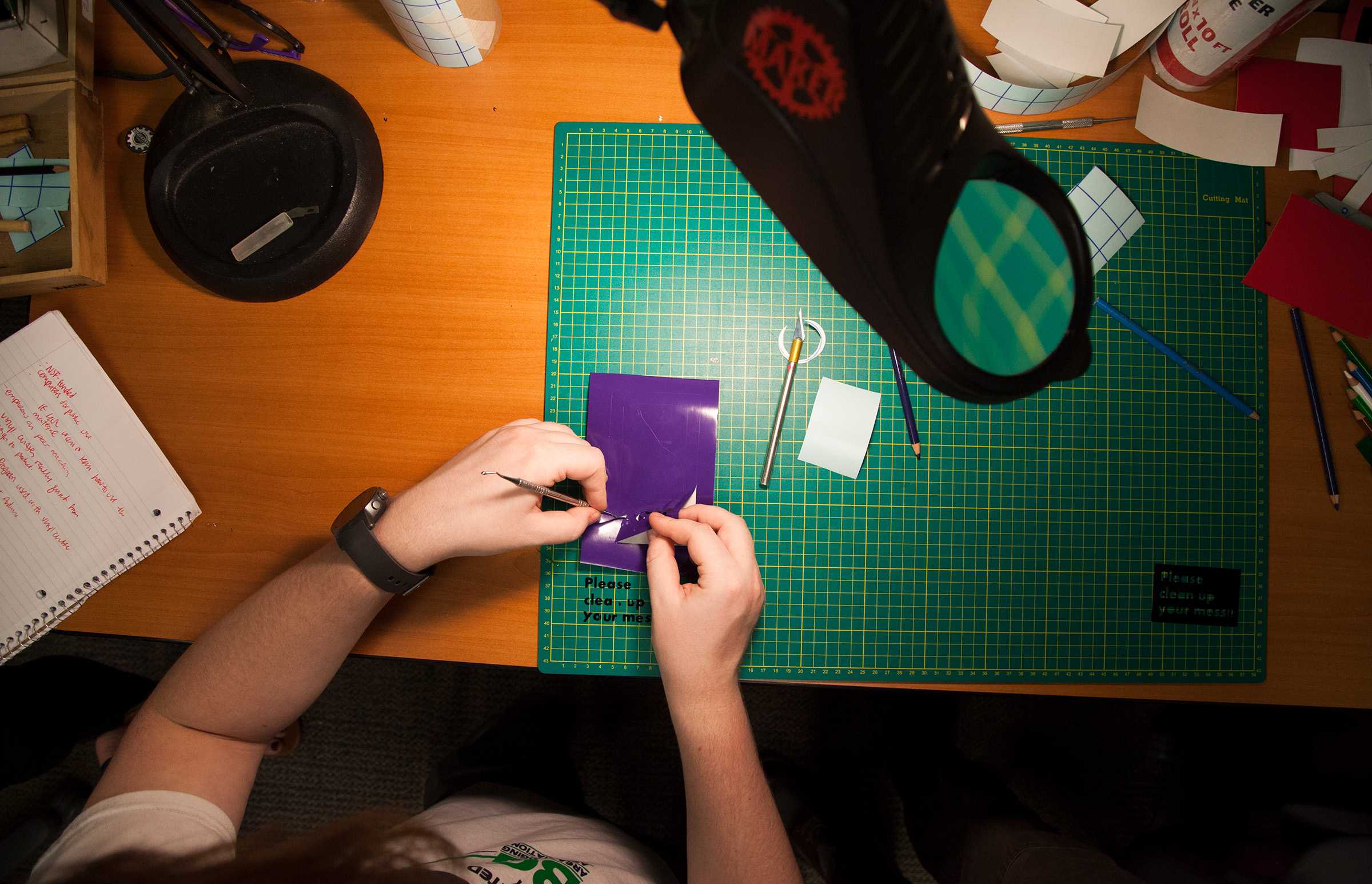 The WKU Makerspace, currently located on South Campus, is a do-it-yourself center open to all WKU students.  It’s a student-operated enterprise, and the emphasis is on developing the skills and resourcefulness to make and fix things independently.  The space also allows students to demonstrate creativity and bring life to their ideas, and the element of peer education allows students to teach one another.

When I arrived with Talisman photographer Reed Mattison, Roy Williams, an Elizabethtown junior and research assistant at the makerspace, looked up from his work to ask what we needed.  He gave us a tour of the makerspace, showing off each machine and explaining its function.

The space features an instructional room with tables, chairs, desktop computers and a set of donated laptops with Wolfram Mathematica and Arduino software. Students can come and use one of the laptops or work on a project at a table. 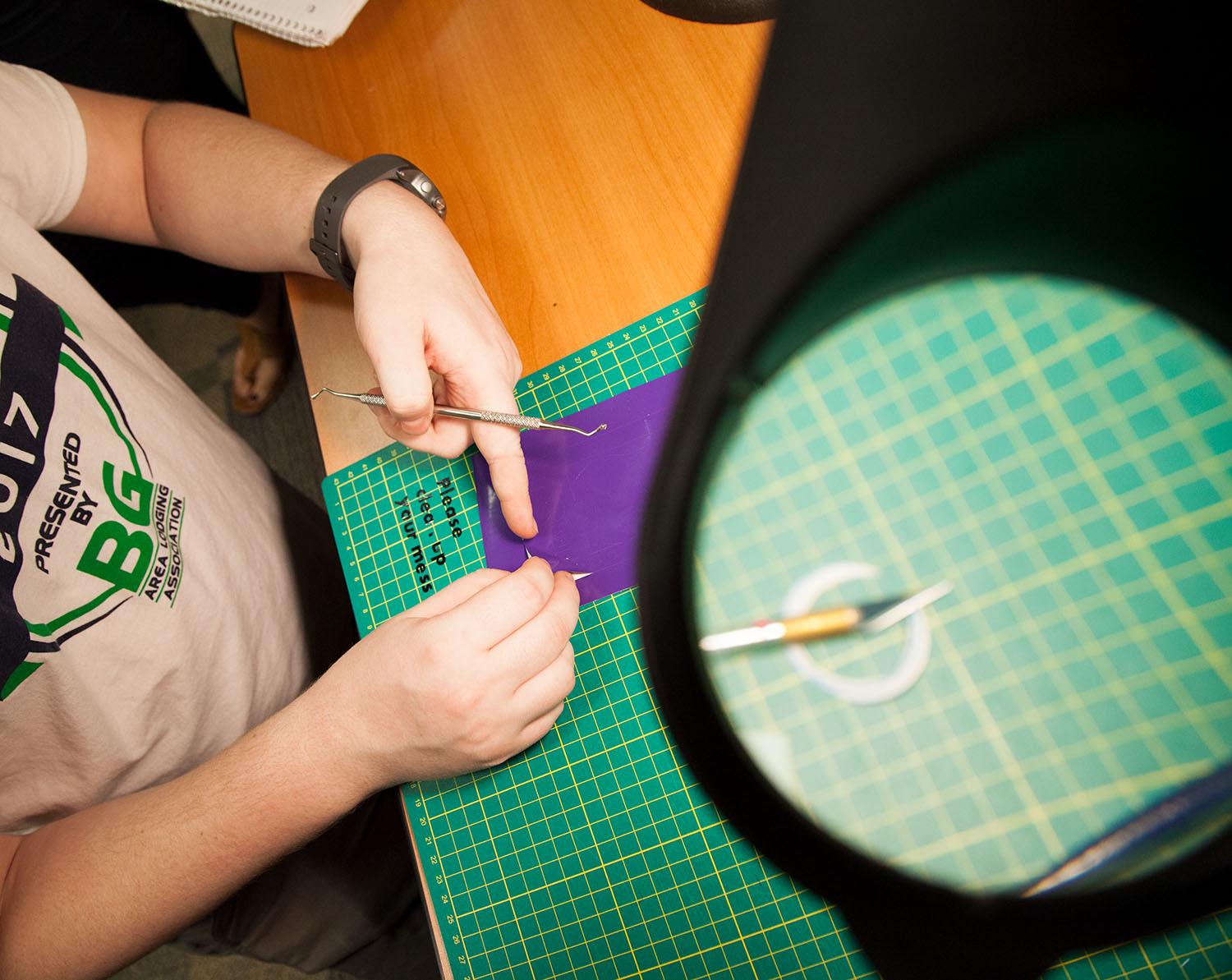 Nearby, the tool room was stocked with a variety of power and hand tools, and behind it was the design room, where most of the students were congregated. The design room contained a 3D printer — one of the main draws for Makerspace visitors, Roy said — as well as a T-shirt heat press, small-scale robotics and a vinyl cutter connected to a computer program, along with complementary materials for each piece of equipment.

Before we proceeded to use the machines, a brief orientation was in order. Roy talked through the main rules for using the WKU Makerspace, including safety protocol (don’t use a machine without proper training, pull back long hair, ask for assistance if you need it, leave the workspace as it was before you arrived) and gave an overview of the makerspace mission. Roy said it’s a safe space for skill development and interdisciplinary learning and has partnered with a number of campus and community organizations, including SKyTeach, the WKU Department of Theatre and Dance and Ogden Outreach.

After the orientation, Roy asked which machine we’d like to be trained to use. Although the 3D printer looked fascinating, making anything on it is a large time commitment — the spare part that was printing when we arrived ended up taking an hour and a half to complete — and learning to use it takes longer as well, so I decided to go with the vinyl cutter.

LiamSeymour, makerspace assistant coordinator, walked me through the process: first, finding a design online to print, then copying and pasting it onto the Vinyl Mastercut software, then adjusting the size of the image for cutting.

I chose the Talisman “T” logo and, using a sheet of silver vinyl, produced a three-inch vinyl sticker for my binder. It didn’t take long to make, and 15 minutes later, I had a sticker and a sense of accomplishment at my new skill. 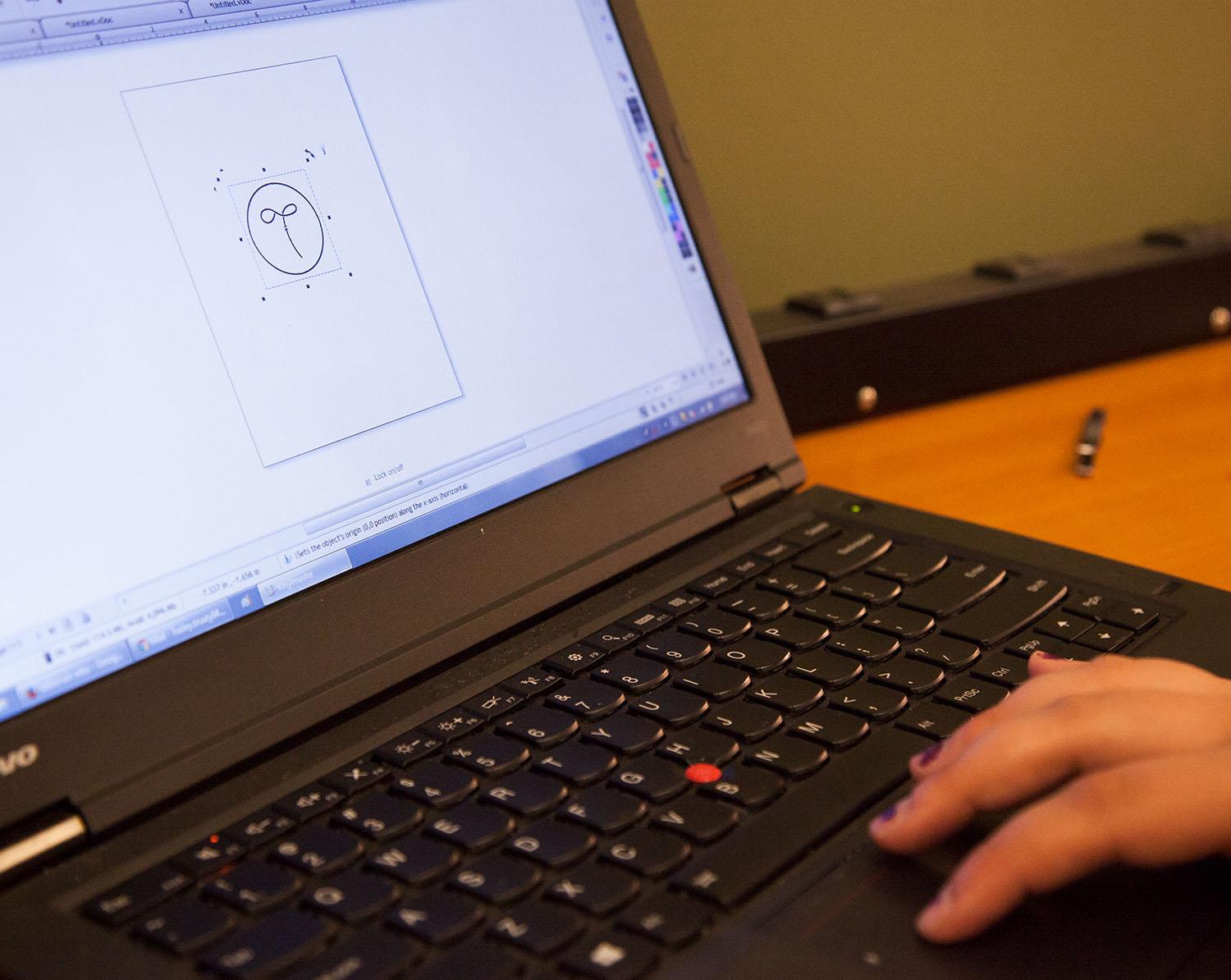 I’ve been meaning to go to the WKU Makerspace since starting school last August, but for a long time, I thought it was mostly for engineering and design students. As it turns out, it’s for everyone, and going was a great experience and a lot of fun. I plan to return in the near future to make more stickers (seriously — it’s addicting) and maybe learn to use another machine or two.

If you’re at all interested in art, science, entrepreneurship or design, this makerspace could be the place to develop your ideas and try making stuff, which were my main goals coming in.

The Makerspace is open Monday through Friday from 12:30 to 5 p.m. and is serviced by Topper Transit’s white and green lines. It offers a class that serves as an introduction to design and teaches the basics of using the programs and machines available at the Makerspace.

All material at the Makerspace is free for student use, and the program receives funding from the National Science Foundation, an agency of the U.S. government, that allows it to continue functioning. The WKU Makerspace will be relocating to main campus next year, but the exact location has not yet been announced.