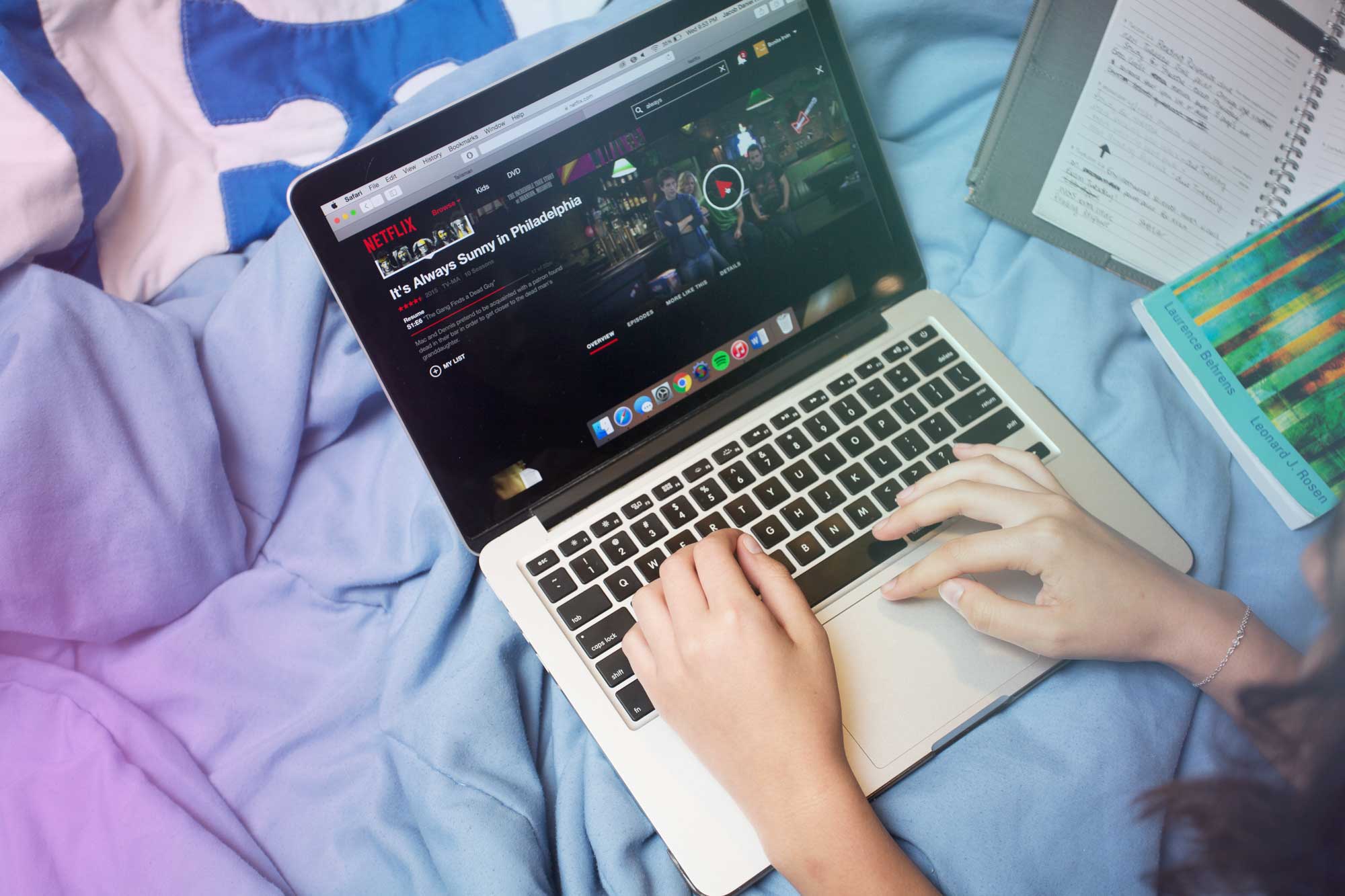 Watch These TV Shows Instead of Studying for Finals

I’ll be honest: I find that judging people based on the television they watch is an important aspect of the friend-making process. If you haven’t spent a rainy afternoon binge-watching with your friends, you’re really missing out on one of college’s most fulfilling experiences.

Not sure where to begin? Luckily for you, I’m an unofficial expert in all things television. Whether you’re looking for an under-the-radar comedy or that drama everyone is always talking about, you’re sure to find something on this list to occupy your weekend. Sure, there are only two weeks left this semester, but that doesn’t mean you can’t distract yourself with an episode or two or a hundred.

If you’re dreaming of moving to the Big Apple after graduation, this show might make you reconsider finding a random roommate online. “Don’t Trust the B—-“ was a tragically underrated comedy on ABC a few years ago, but that doesn’t mean you can’t relive its glory again on Netflix. Whether you’re more of a June or a Chloe, this show can teach you so much about dealing with a roommate whose personality is different from your own.

I think it might actually be scientifically impossible to dislike “Friday Night Lights.” This show features football games to keep you on the edge of your seat, high school drama, the greatest TV parents you’ll ever encounter and the national treasure that is Tim Riggins. And if that’s not enough, a Coach Taylor pep talk is really all you need to stay motivated this finals week.

Could there be a more important show for understanding life in your 20s? If you’ve never seen an episode of “Friends,” I’m assuming you’ve been living as a mole person for the past 20 years, but this is a show that can be visited again and again.

Let’s face it — if you’re not watching “Game of Thrones,” you’re probably missing out on a significant number of the conversations your friends are having these days (what’s the deal with that Jon Snow guy anyway?). No one wants to be the friend who can’t participate in TV talk, especially when that talk includes dragons, some kickass ladies and more dramatic deaths than anything you’ve ever seen before. And since the sixth season begins this weekend, you may as well just drop everything and binge this week. (That’s terrible advice. Please go to class.) If you live on campus, you have free access to HBO GO.

For those of you seeking motivation to make it through the last weeks of the semester, there’s no better academic role model than super-student Rory Gilmore. Rory’s studious behaviors are sure to rub off on you, and you’ll get to see her blossom from an awkward high school wallflower to a confident aspiring journalist at Yale. The fact that she has the coolest mom ever doesn’t hurt, either.

Feeling mild regret for the questionable decisions you’ve made recently? Take comfort in knowing that you’re likely still a much better person than any member of the gang on this off-the-wall and sometimes offensive comedy. Watch as a group of five friends does terrible things without ever learning from their mistakes. And Danny DeVito is there! If Matilda’s dad isn’t sufficient motivation to watch this show, I can’t help you.

“My So-Called Life” is the perfect way to remind yourself that college you is obviously more mature and entirely superior to high school you (at least I hope so). Watch Angela Chase and her friends battle the melodrama of sophomore year, all while wearing quintessential ‘90s fashions that are actually totally trendy again. After watching the mere 19 episodes that make up this series, you’ll finally be able to answer the most important question of 1994: are you a Brian Krakow or a Jordan Catalano? My roommate and I may have watched this entire series during finals week last semester. While I would generally advise against such behavior, this is a hard one to walk away from.

The Office and Parks and Recreation

Ever wonder why people say, “that’s what she said” and “treat yo’self” all the time? Here’s the answer.