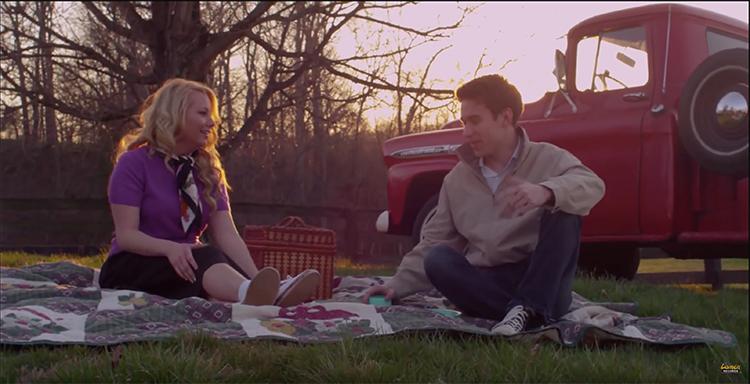 A critical analysis of “The Truck,” starring Jay Todd Richey

You’re probably familiar with Jay Todd Richey. He’s the WKU’s SGA president, a Glasgow senior, and apparently, a former music video star. According to his Twitter, he co-starred in a music video when he was in high school for a singer named Kimberly Patrick.

The song is called “The Truck” and tells the story of a boy and a girl falling in love and their love story. It would be easy to pass this video and song off as silly and shallow, but upon serious study, the story being told is packed full of deep metaphors that reveal truths about the world we live in.

The refrain of the song goes: “I know you’ll always love me/just like you love your truck.” This may seem shallow, but the lyric is really commenting on how humans love material possessions more than anything else, and Patrick’s character is so sure of Richey’s love for her, which she declares is equal to the love he has for his truck. The truck is red, which is meant to symbolize the love Richey’s character feels for Patrick’s character.

The video is set in what I’m assuming to be the 1950s since that appears to be how Richey and Patrick are dressed. Setting the video in the 1950s is a comment on how even in the 21st century, many social issues have not progressed much further than from where they were sixty years ago.

All throughout the video, it is clear that someone is filming Richey and Patrick as they are falling in love because an older version of Patrick is seen watching this film from the comfort of her own home. This is a representation of how relationships in the 21st century are captured and seen through social media, and it is a comment on how these postings are forever since Patrick is looking back on the film in her old age. Watch what you post on the Internet, kids.

Richey and Patrick clearly understand the depth of these metaphors. I assume both are amateur actors, but they handle these weighty roles with an incredible amount of poise. In a video where everything is a symbol or metaphor, they have a clear understanding not only of their characters’ intentions but of the meaning of life. As someone who has done theater much of her life, I applaud them.

Is it worth it to take four minutes and 25 seconds out of your day to watch this video? Absolutely, but proceed with caution. This video is rife with deep, philosophical meaning, and you will walk away from this experience pondering what life really means. As for Richey’s acting skills, he may need to reexamine his life and consider a career in professional music video acting. Regardless, I definitely encourage everyone to take the time to watch this video and allow it to teach you about deep truths in our society.