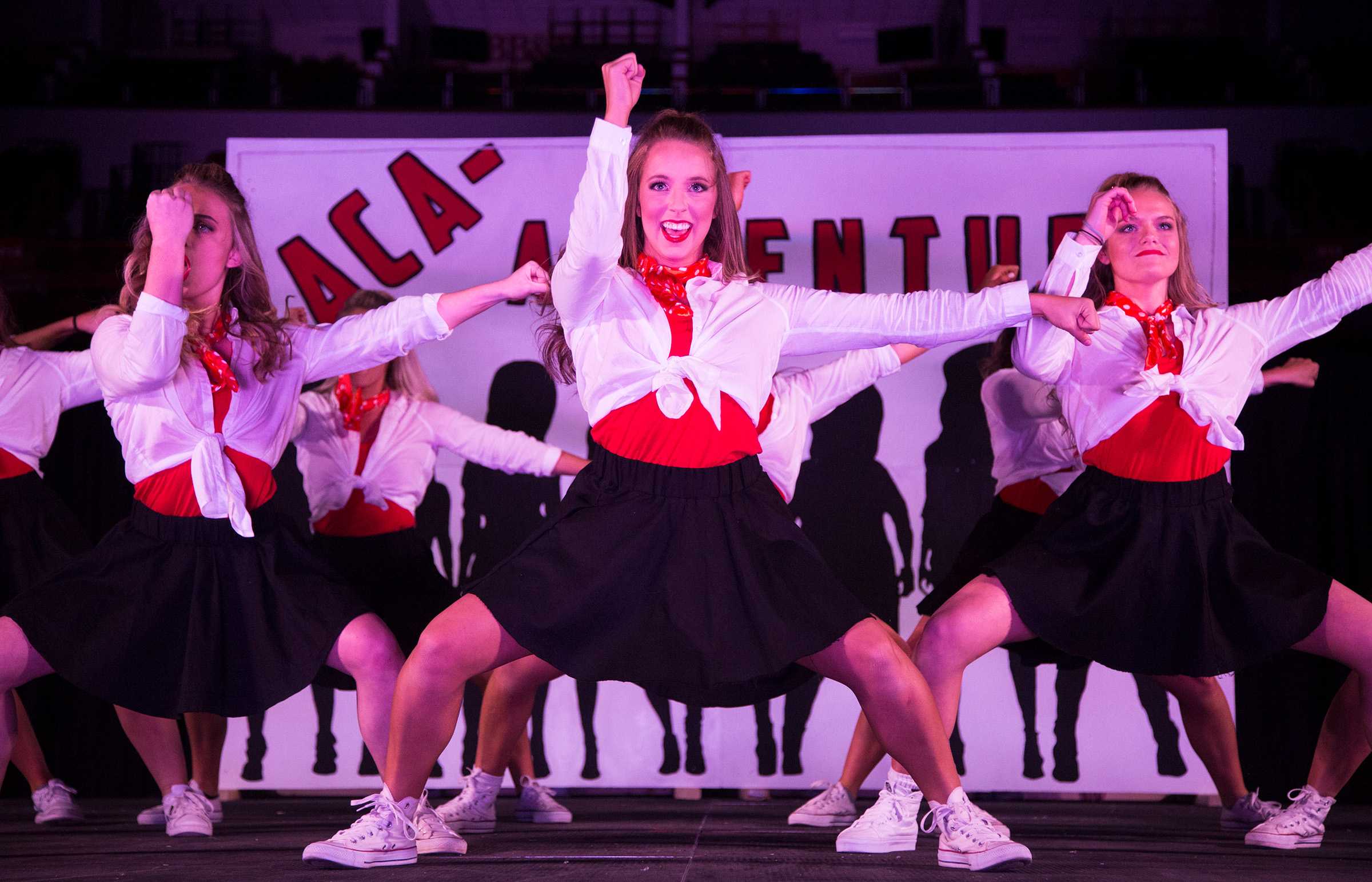 It’s all Greek to me: a Greek Week glossary

Greek Week: It’s kind of like field day — except it’s eight days long and doesn’t end with a fire truck coming to spray everyone (or was that just my elementary school? Oh, OK, cool, nevermind).

If you’re not Greek, you probably don’t know or understand anything that we’re talking about, and that’s OK. I’ve been in a sorority for three years, and I still don’t understand some things, like why Spring Sing has to last six hours and what the exact purpose of Canstruct is.

But hey, things that you don’t fully understand and yet still do anyway are part of the fun of being Greek, and we’re back with another Greek glossary to shed some light on the terminology you’re likely to hear tossed around during this week.

An often five or six hour-long sing and dance competition where every sorority puts together a crisp, clean, energetic performance, and every fraternity just kind of gyrates on stage so they’ll at least get participation points.

The ill-fitting football-jersey-looking things sorority women only wear during Greek Week because they’re kind of hideous.

Where former academic team captains get to relive their glory days and answer trivia questions about Greek life and WKU.

Piles up and isn’t completed.

Saving lives in the name of those precious, precious Greek Week points.

Short for “Panhellenic love,” it’s what sorority women say to remind each other to not talk negatively about other organizations and remember that we all share the same values, even though we have different letters. It’s still practiced during Greek Week, obvi, but it’s more like the love you have for your siblings; you still love them no matter what, but it would be kind of nice to beat them, too.

Honestly, the most exciting event in all of Greek Week. The most intense tug of war competition you’ll ever see in your life, and the only time it’s OK to (literally) have a little bit of mudslinging among members of the Greek community.

Have you ever wanted to watch sorority and fraternity members spend hours constructing sculptures out of cans? No? Neither has anyone else. (But the cans are all donated to local food pantries, which is the whole point of the event, so it all goes to a great cause!)

The culmination of Greek Week, where everyone dresses up in their finest attire to hear the end-of-the-year and Greek Week awards announced. It’s also an event that lasts an unnecessarily long time.

In all seriousness, Greek Week is a lot of fun and one of my favorite things about being in a sorority. It’s truly the culmination of what Greek life is about: serving others and the community while still having fun and bonding as organizations. And even when we don’t win, it’s so rewarding to see the joy on the faces of those who do. Because hey, we’re all out here working hard and doing our best, and everyone’s worthy of the prize. But that doesn’t mean I don’t want to win, and I’m willing to throw elbows at Greek Jeopardy.