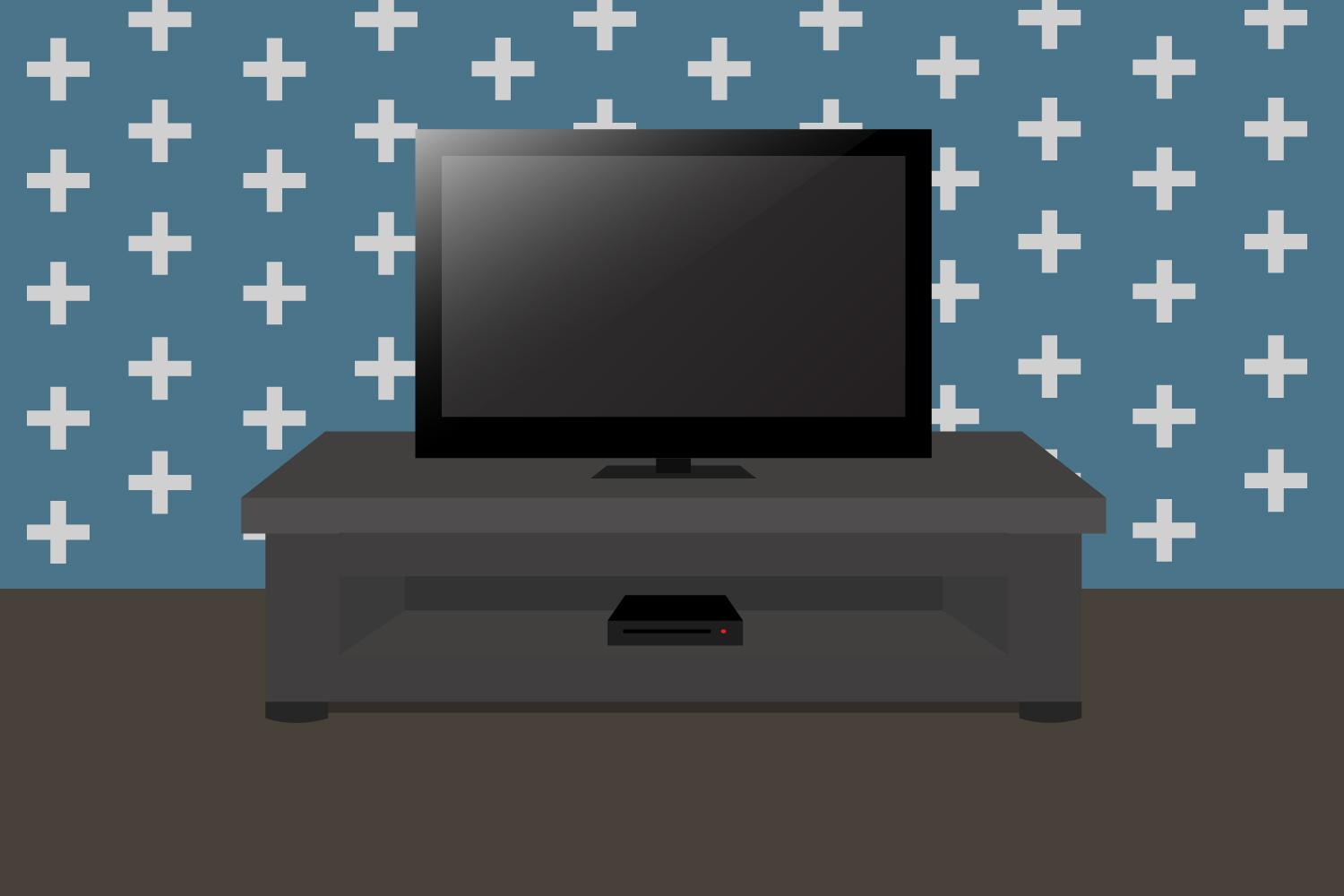 This month, Netflix released an original series called “Santa Clarita Diet,” starring Drew Barrymore and Timothy Olyphant. The show centers around real estate couple Sheila (Barrymore) and Joel (Olyphant) who have a kink in their married life: Sheila turns out to be dead … or undead … double dead? Essentially, Sheila is a zombie who feeds off of human flesh. This requires the couple to take on a hobby to save Joel from Sheila, Sheila from herself and their marriage from itself: murder.

After binging the show in one day, six stars seems to be a sufficient number for this science-fiction comedy show.

When it comes to plot, the show did a great job of keeping my interest. Each episode had my full attention, waiting to see what happened with the characters and the problems that arose.

The premise of each episode was one that would seem apparent when it comes to dealing with a family member who becomes a zombie. Coupled with this bombshell the family is facing, Sheila and Joel have to deal with the typical adolescent issues surfacing in their teenage daughter, Abby (Liv Hewson). Eventually, Abby’s close friend Eric (Skyler Gisondo) is recruited by the family to help solve their supernatural problem as well as deal with problems of his own.

Multiple famous actors made cameos during the show. With that, and the gore that came with every slaughter and transition to the undead, creator Victor Fresco nailed the witty and binge-worthy show.

One of the main reasons I rated this show a six was because the writing seemed to recycle many of the jokes and didn’t leave me remembering any profound lines. When it came to acting, Barrymore and Olyphant were comedic and guaranteed laughs.

One of my biggest pet peeves when it comes to TV is when shows have many plot holes and unanswered questions. This was the case for “Santa Clarita Diet.” When a show involves a virus of some kind that plays a major role, I want to know the reason that virus came to be (possibly because I want to do anything and everything to prevent it from actually coming true because I have a fear of inevitable death during an apocalypse.) Just saying.

Regardless, “Santa Clarita Diet” fails to answer the major question of how the virus came to be. This is similar to “The Walking Dead,” and is the reason why I stopped watching it after the explosion of the Center for Disease Control in season one. As you can tell, I’m a little bitter about not getting the answers I deserve.

The only reason I can think this major question was left out of “Santa Clarita Diet” was to solidify a second season that would be possibly hint to the answer. But I wouldn’t be surprised if another season didn’t come any closer to solving Sheila’s issue and finding a cure.

Additionally, I feel that the show was left on one of the worst cliffhangers I have ever seen. Of course, this is to keep viewers enticed, but I need answers. Now, I’m left to wait for the next season. But, who am I kidding? I’ll probably binge it in a day, too.

If you’re looking for a show to take your mind off of papers and assignments, “Santa Clarita Diet” is the show for you. Don’t expect any answers, but do be ready to have plenty of snacks and drinks on hand. Oh, and plan your trips to the bathroom between episodes. This show is bound to give you some laughs.