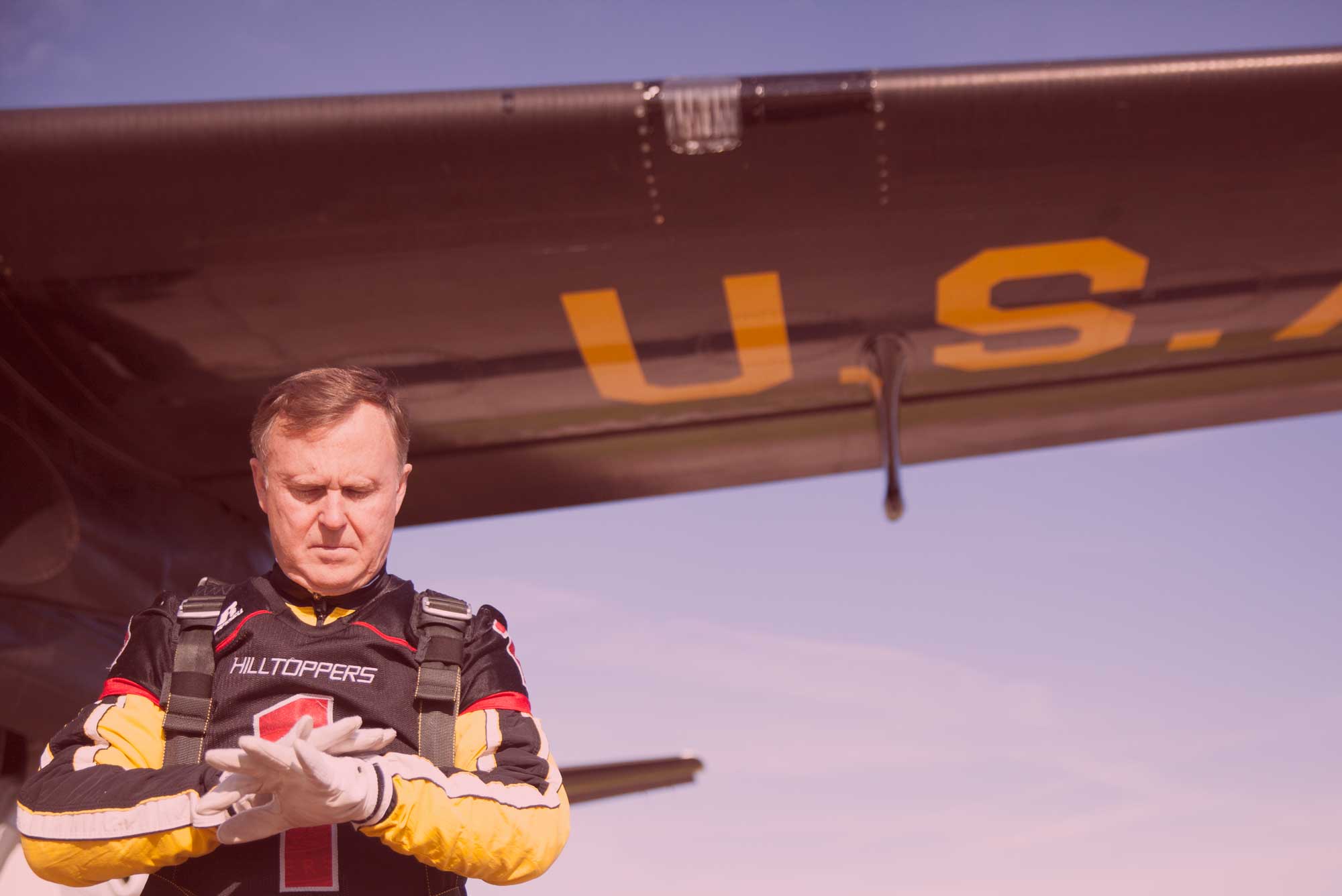 Julie Ransdell was upset last Sunday evening after Gary ruined Easter dinner by skydiving to the table. He missed an attempt to land in his favorite chair and sustained minor injuries.

“It was a nice ham, with all the fixins too,” Julie said. “We had it cured by Bowling Green’s 4-H chapter. Those kids worked awfully hard on it.”

Gary was discharged from the Health Services Center an hour after the incident.

“No broken bones, don’t worry about me,” a rather chipper Ransdell said. “I just wanted to relive the good ol’ days.”

“I remember when Gary skydived during our game,” Brohm said. “None of that was planned, but we just went with it. I think he really felt good about that. He even got a high five from Brandon Doughty.”

At press time, the Ransdell’s frightened English cocker spaniel, Diddle, won’t come out from under the couch.