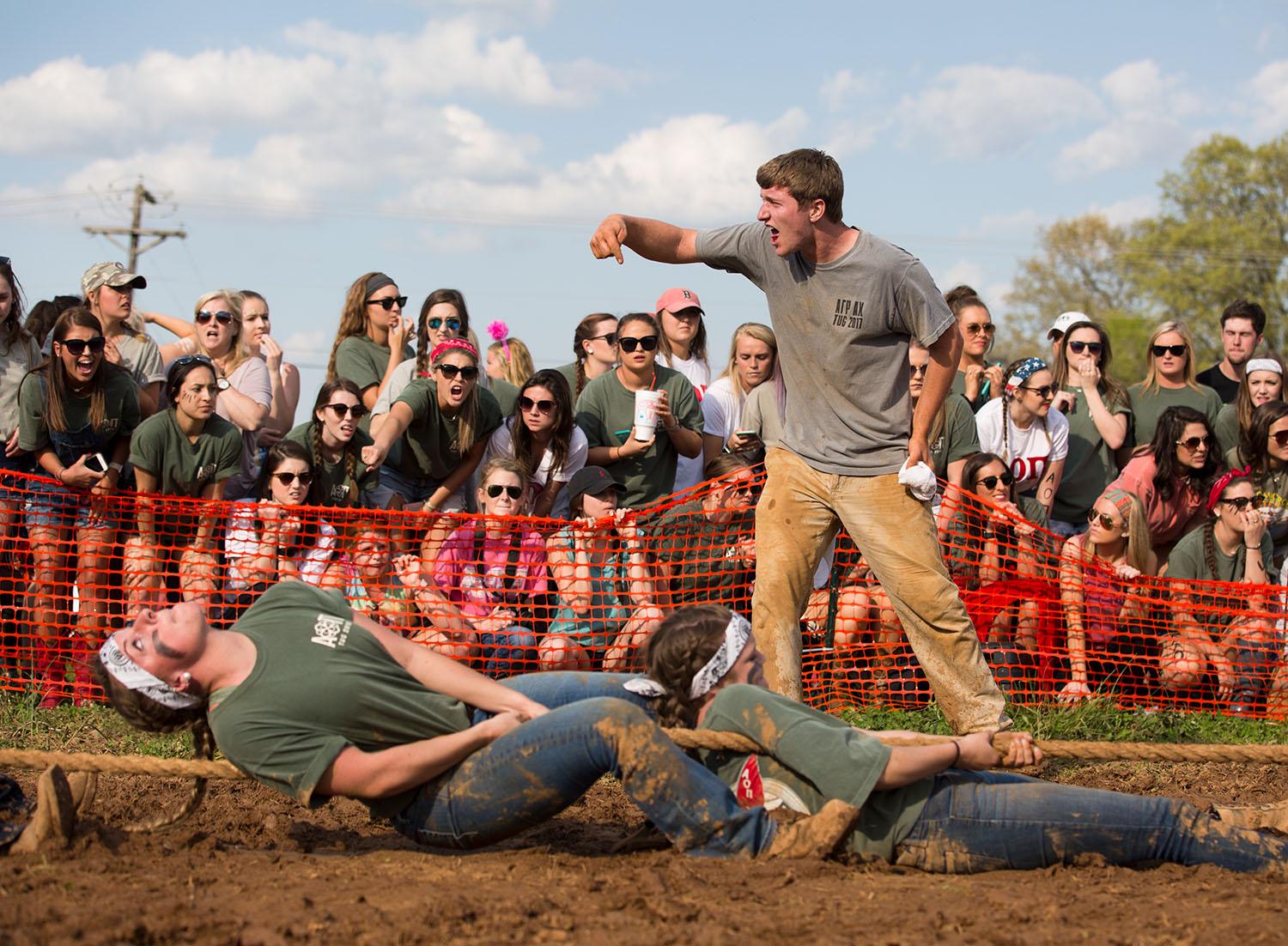 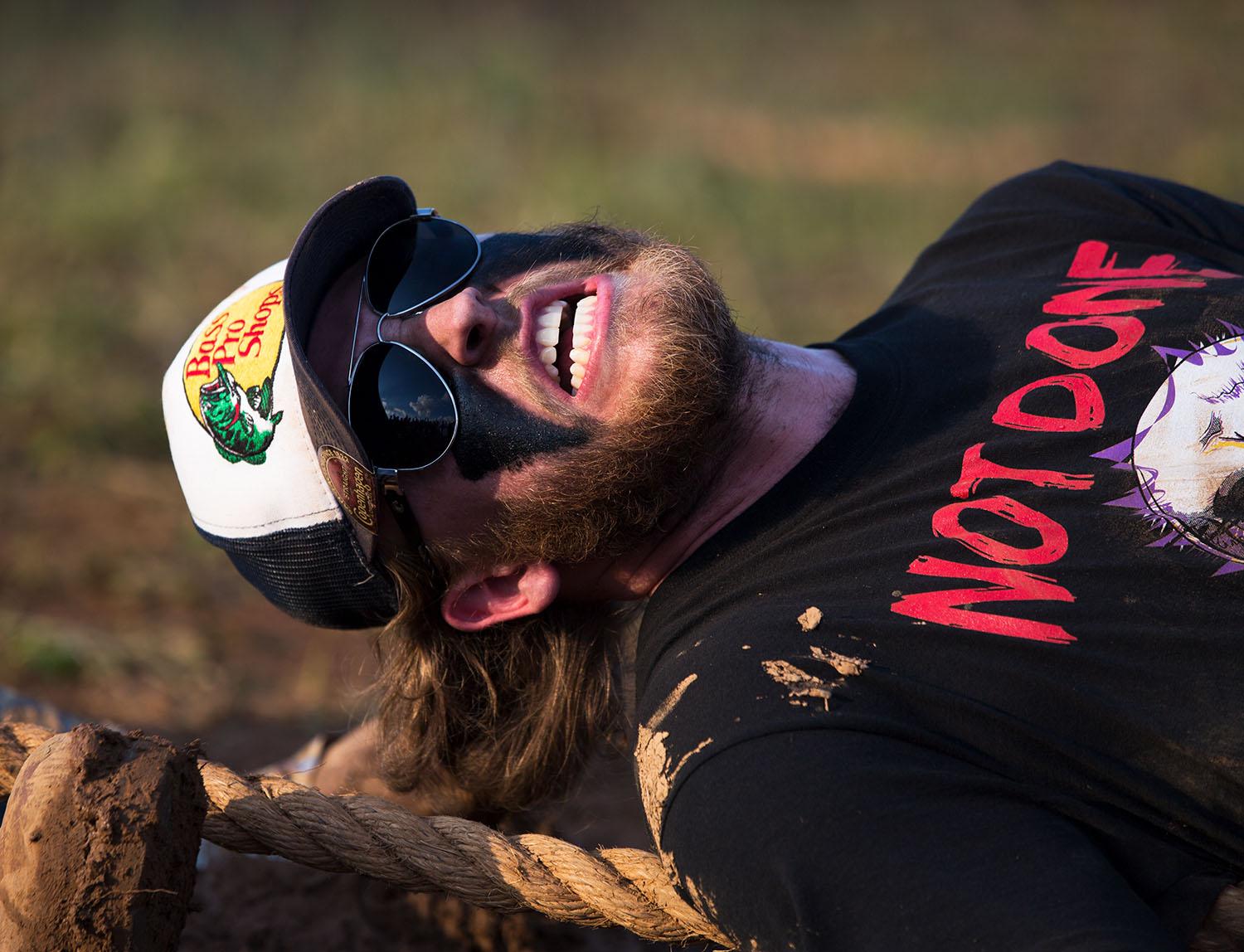 Louisville junior Nic Caswell competes for Sigma Phi Epsilon fraternity in the 2018 Greek Week Tug competition. The Sig Eps later won the competition for the third year in a row. 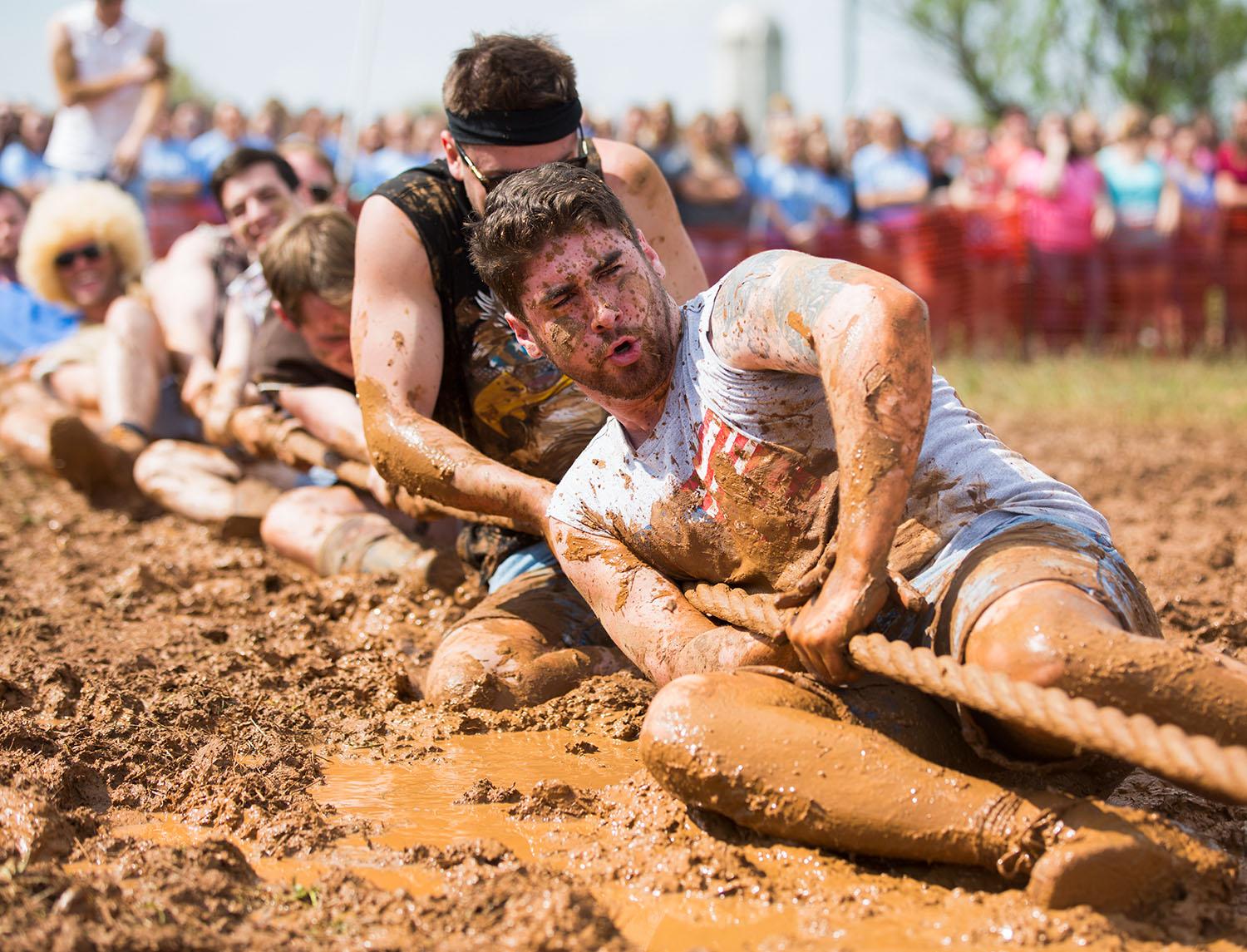 Louisville senior Zac Passafiume of Sigma Alpha Epsilon fraternity digs his heels in the mud as he competes in the first round of the Tug competition. He later wrapped his leg around the rope in a move that was immediately questioned by spectators but was permitted. “It surely can’t be helping him at all,” referee Savannah Brant said. 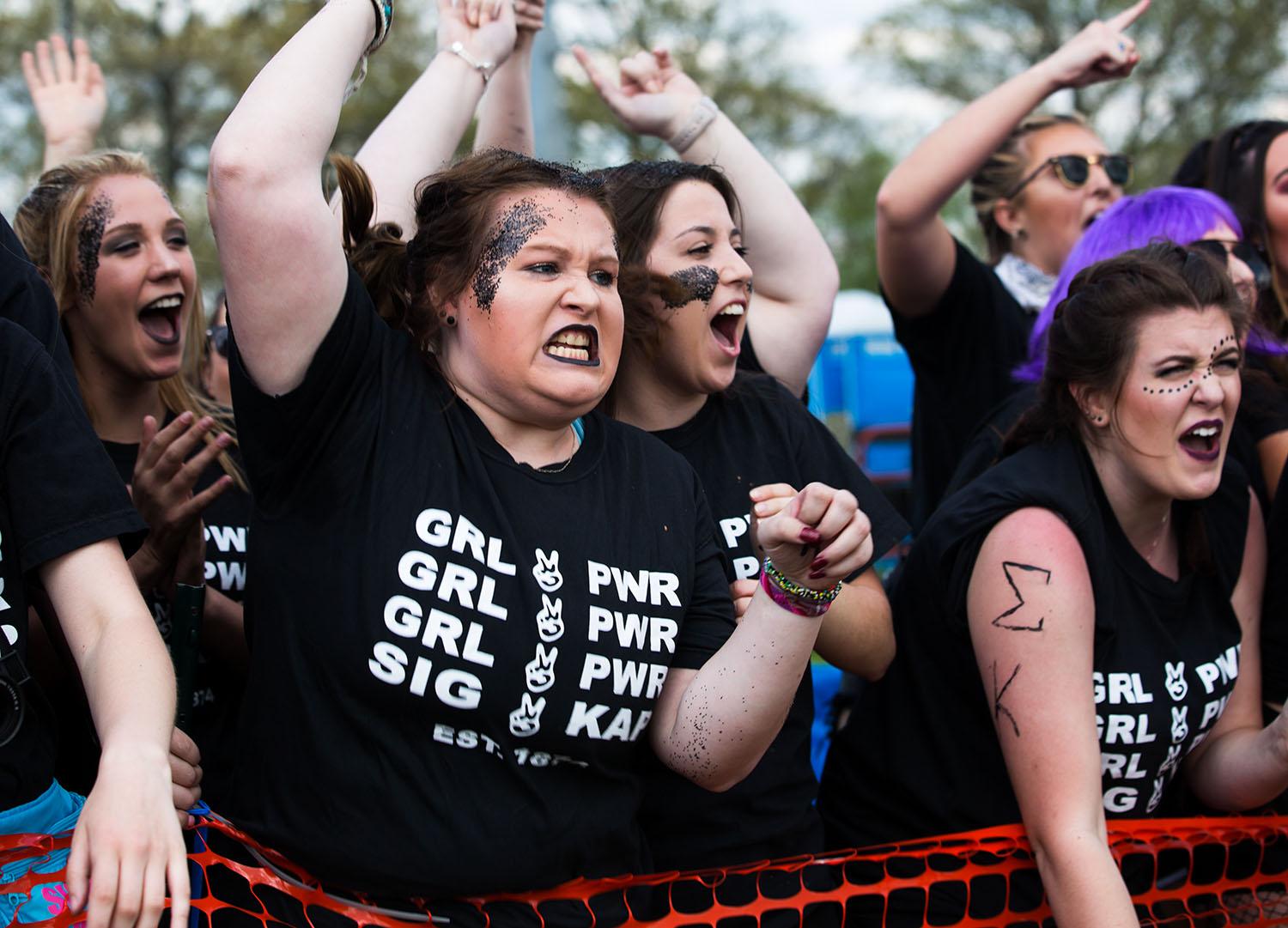 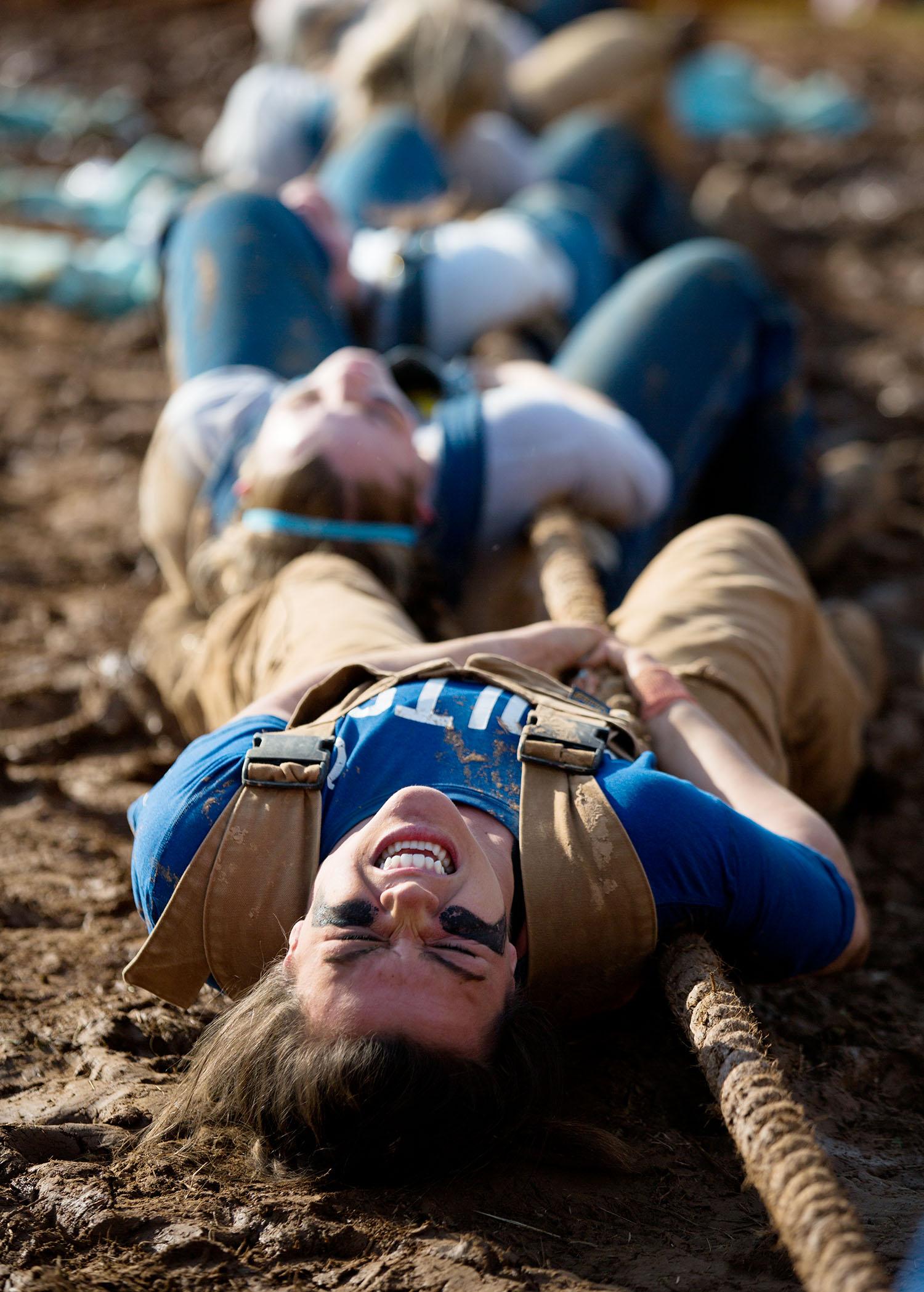 Louisville junior Chelsea Vessels leans back as she pulls the rope at her coach’s command. Vessels is a member of Alpha Xi Delta sorority. 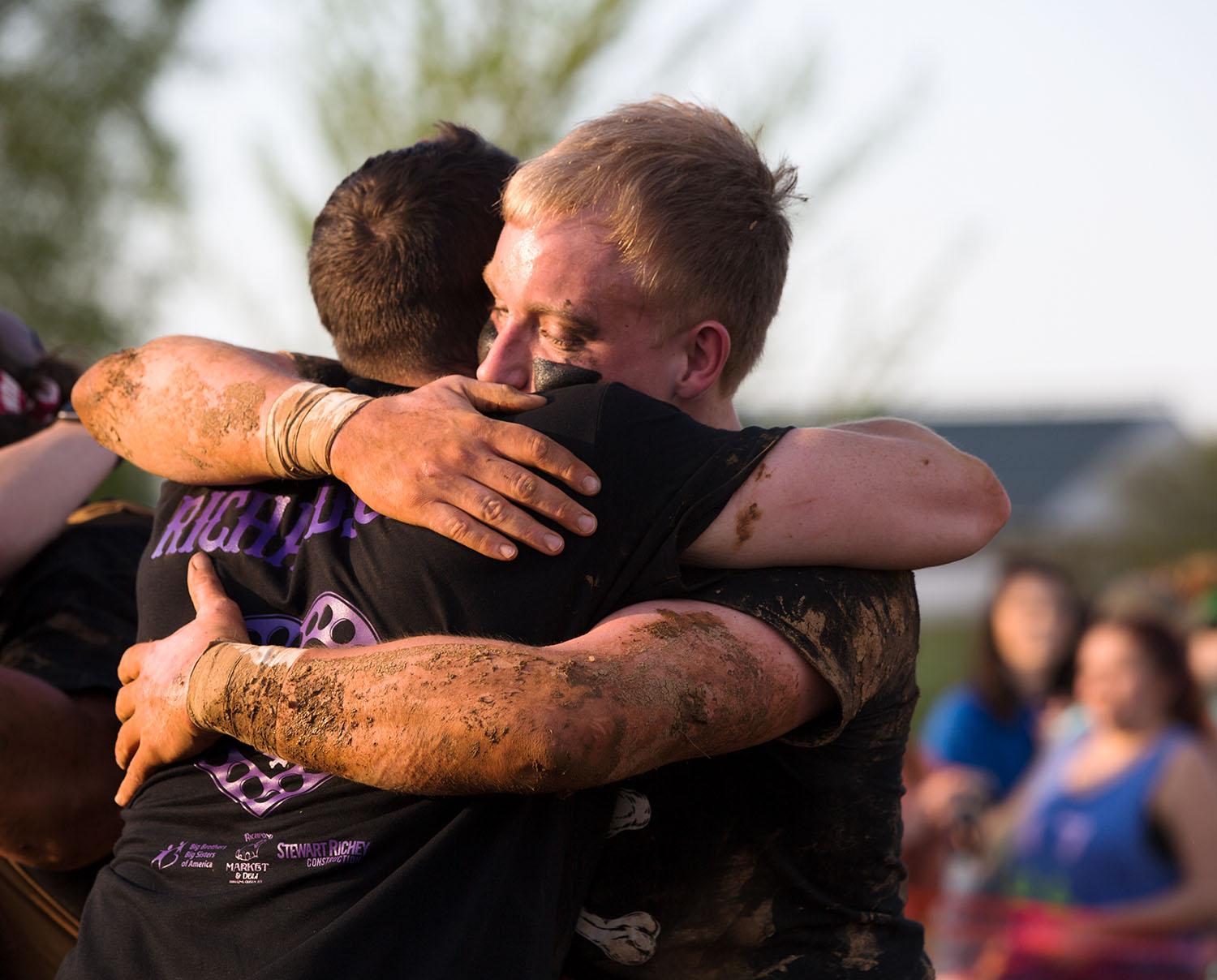 Louisville freshman John Lage of Sigma Phi Epsilon fraternity embraces alumnus Jon Richardson after the final fraternity pull of the day. Richardson coached Lage for the Sig Ep team, which placed first in the Tug competition for the third year in a row. 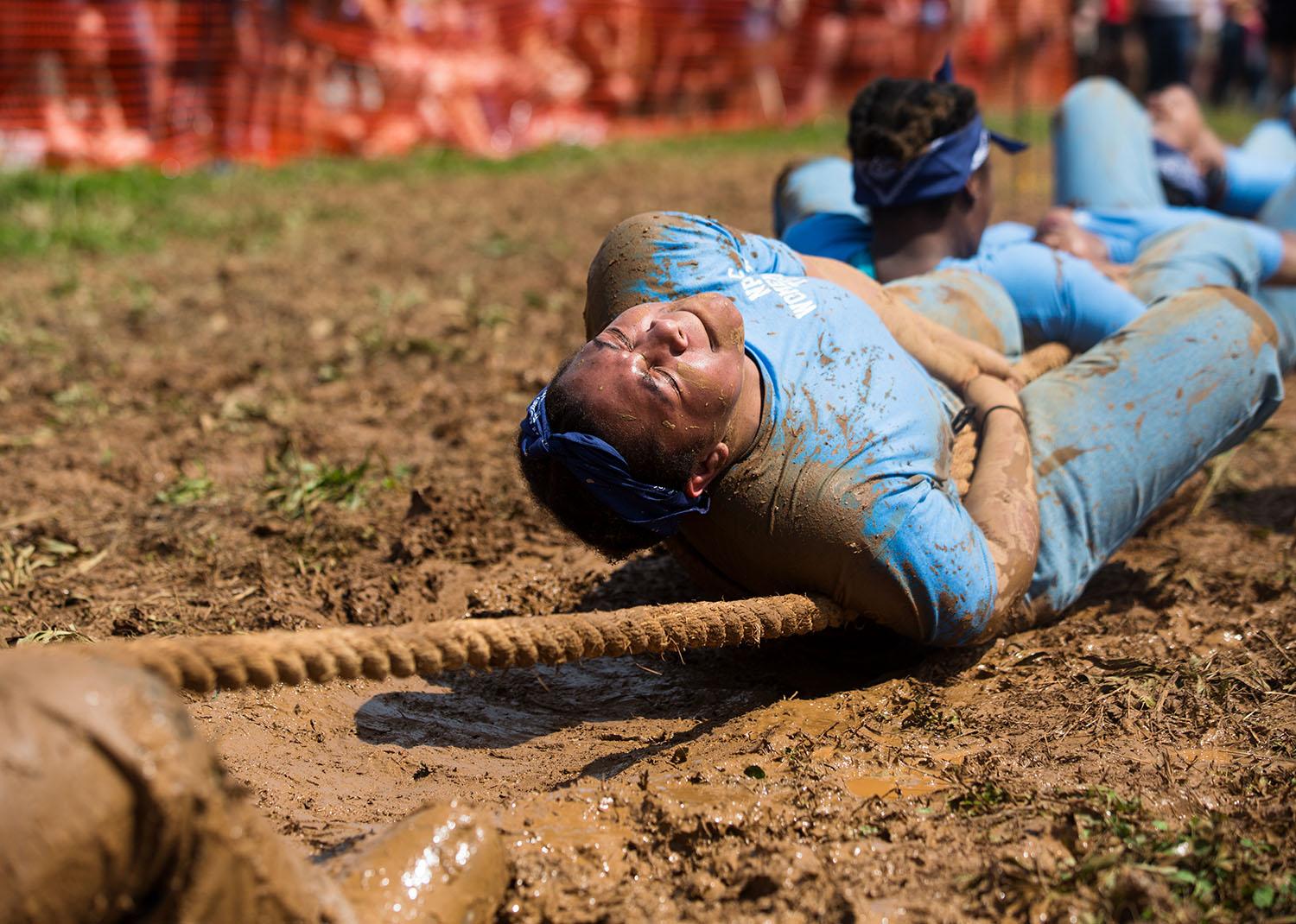 Lexington junior Michaela Carter participates in the Greek Week Tug competition representing the National Panhellenic Council at WKU. This year was the first time that NPHC organizations participated in Tug. The sororities teamed up to compete because they did not each have enough members to participate individually.

Editor’s note: This story was updated to include additional information.