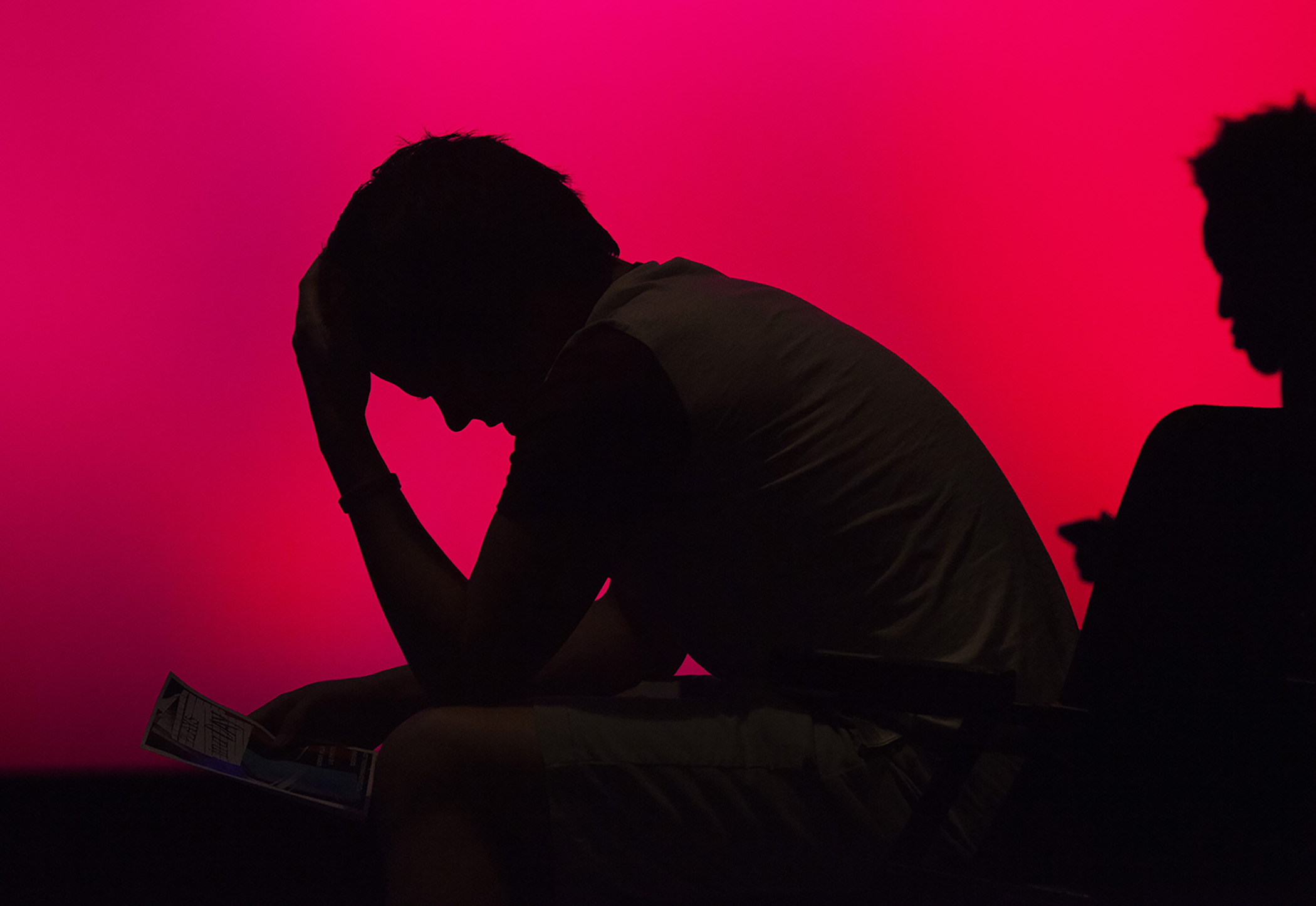 Plays in a Day: A play-by-play

Most college students wouldn’t be able to write a research paper in a day, but the WKU Department of Theatre and Dance worked hard this past weekend to produce seven individual plays in the span of 24 hours.

The next 24 hours after the kick off functioned like clockwork as participants prepared for the final performance on Saturday night.

Actors, playwrights, directors, producers and stage managers formed a large circle in the black box theater of Gordon Wilson. Hendersonville, Tennessee, sophomore Cassi Seifert led the group in a warm-up game of “zoof”, where participants yelled the words “zoof,” “zap” and “shazam” at the person next to them.

Participants were instructed to take a seat as producers Struck and Chamberlain went over the event rules. The participants were divided into seven groups with one playwright, one director and four to five actors. Playwrights had until 7 a.m. to write a play that was no longer than 10 minutes. Each group was also assigned a specific genre and given a design element, such as lighting or sound, to incorporate in the shows.

Struck said the most important rule, however, was “don’t be a dick.”

The groups were pitted against one another in a game of trivia to randomly draw their genre. Playwright and Chicago freshman Troy Davis II and his group received the horror genre. Davis said he planned on utilizing his design element — sound — to heighten suspense in his play.

“Every playwright has their own way of doing things,” Davis said.

Actors and directors were dismissed until morning. Playwrights were left overnight to write in whatever dark corner of Gordon Wilson they could find. They had the next 12 hours to write their masterpieces. Perhaps the biggest challenge would be staying awake long enough to finish.

Each writer had a different strategy for staying awake. Davis relied on energy drinks and frequent breaks.

“Playwriting is less of a marathon and more of a bunch of sprints,” Davis said.

The second challenge would be the writing itself. For Lexington junior Cavan Henderson, his creative process began in a dark classroom with only a single lamp illuminating the chalkboard he used to “visualize his word vomit.”

After completing their pieces, playwrights were free to go home and rest.

While the playwrights slept after a long night of writing plays, the actors, directors, producers and stage managers came in bright and early to begin rehearsals.

Spread out among the many rooms of Gordon Wilson, each of the seven groups spent the day rehearsing and learning the ins-and-outs of the characters. Lily Harvey, a junior from Charlestown, Indiana, said many of the playwrights created characters based on the individual actors.

“If they know our strengths, they play to that,” Harvey said.

“Quiet in the house!” Struck shouted as one group rehearsed. Once each play had finished, directors gave suggestions for the performances including what aspects they loved and what aspects needed more energy or emotion.

After a dinner break, everyone involved with the show gathered in the dark lab theater of Gordon Wilson to run through the technical rehearsal. The production ran smoothly as each play began and ended in darkness.

With 35 minutes until the house opened, Struck and Chamberlain gave special thanks to the stage managers, designers and all the student creators for their hard work and passion.

“Thanks for keeping the creativity alive,” Struck said.

Students didn’t have to memorize their lines, but many of them did. Sarah Sandoval, a freshman from Cincinnati, said when she signed up for the festival, she wasn’t aware they could have scripts on stage, but she was prepared to put her game face on even if they couldn’t.

Sandoval performed in the play “Lovesick” written by Becca Hargis and directed by Baylee Morton. Sandoval said she started acting her sophomore year of high school when she spontaneously auditioned for a play, and it was then that she fell in love with the art. She is now a performing arts major.

“I’m someone who, in real life, can be a little antsy sometimes,” Sandoval said. “The only time I don’t get nervous is when I’m on stage.”

With the dress rehearsal finished, producers Struck and Chamberlain took some time to reflect on the experience while the actors relaxed before the show.

Struck said the production of Plays in a Day has become smoother each semester. He said the audience reception has been one of the most rewarding aspects of doing these shows.

“The audience reactions get better every year,” Chamberlain said. “When we go in with the audience, it’s like we’re seeing it again for the first time.”

The doors opened, and the audience filed in, programs in hand. People greeted their friends and selected their seats in the heater. The cast and crew were in the audience as well, waiting to see their friends’ finished work before performing themselves.

The lights dimmed as Struck and Chamberlain walked on stage to thank the audience for coming and the sponsors for providing support. As the producers exited the stage, cheers erupted from the crowd.

The stage was lit with faint blue stage lights as the first play, “Til Death Do Us Part,” began. The comedy, which revolved around death by pumpkin spice latte, had the audience laughing within the first 30 seconds.

The second play, “Did You Hear That?,” had a different tone than the preceding comedy. Four strangers stuck in a government experiment dropped dead one-by-one in Director Haley Abell and Playwright Troy D. Davis II’s tense show.

As the lights faded to black at the end of each production, the audience released a mountain of applause and cheers.

The third play, “Manipulated,” had a unique structure featuring nonchronological storytelling that broke the fourth-wall.

The faint blue light shone on the stage again, signalling the fourth production, “Lovesick,” was about to start. This show centered around a young woman trying to woo the love of her life who just so happened to be a supervillain.

The next play, “Crazy Stupid, Bubonic Plague,” featured humor similar to the style of the British comedy, “Monty Python and the Holy Grail.” The British classic served as inspiration for the play, said actor Jarrett Jarvis, a Hendersonville, Tennessee, junior.

The sixth play, “Western Wall,” centered around a tragic tale of family drama while providing social commentary that separated it from the other plays.

Struck and Chamberlain finished the production with the parody, “The Half-Light Zone: Ep. 22: The Mind Reading Helmet.” The atmosphere felt electric during the finale of Plays in a Day as nearly everyone in the audience laughed throughout the final show.

Plays in a Day ended, and the audience cheered before making their way to the stage to greet their friends and colleagues.

Florence sophomore Ashley Oehler, who attended the event, said she couldn’t tell the participants only spent 24 hours working on this.

“You kind of forgot that they even had their lines in their hands because they were so interactive,” Oehler said.

The producers and the rest of the cast and crew took to the stage for the final time to clean up after the production. Chamberlain said he would be sad to see several of the playwrights graduate soon.

“I can’t wait to see how they do,” Chamberlain said.