Got facial hair? Quick tips on how to shave in a hurry

It’s no secret that shaving in a hurry is a hassle. You get the shaving cream all over your shirt, water drips, and if you’re not careful, you cut yourself with the razor.

Mastering how to shave in a hurry may be a challenge, but not one that Chris Page, the owner of Shake Rag Barber Shop, can’t overcome.

“The real joy of ownership is being the conductor,” Page said. “I get to show people what’s inside my head, and then they get to see what I’ve already seen.” 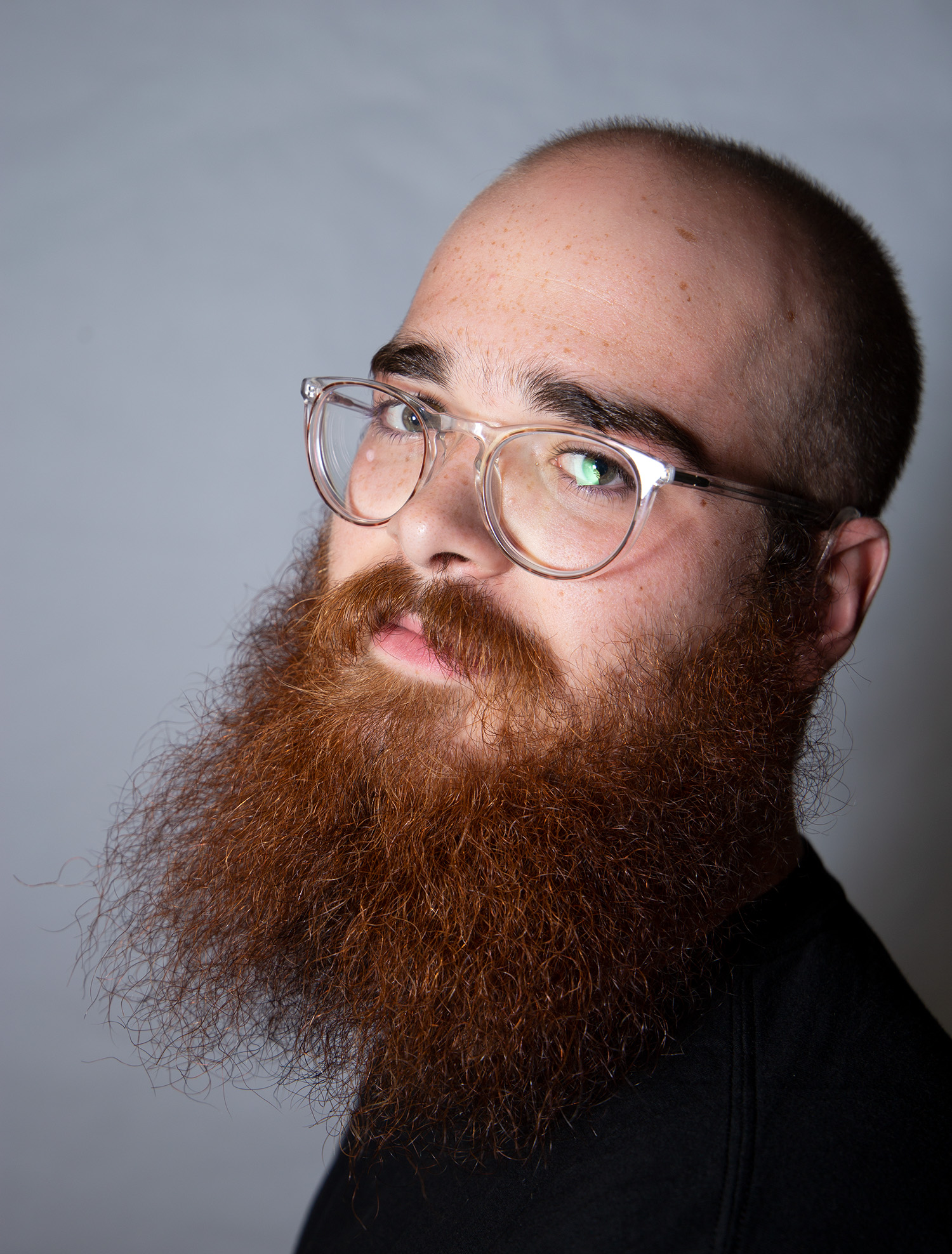 Louisville junior Mitchell Manuel started growing out his beard after he graduated high school. “My high school had a dress code against beards,” Manuel said. “That’s kind of what inspired me to grow it out.” Manuel’s facial hair routine includes shampooing, conditioning and blow-drying it. He also uses beard oil and balm.

With his experience, he can attest that there is a method to the madness that can help facial hair go from bottom-tier to top-tier in a few swoops of the blade. Page said the process of shaving a face has 14 steps because of “the distinctive areas of the face.”

Page said the process starts by combing, then taking off the length, trimming and applying shaving cream. He said he then lines the face with a razor and applies alcohol and after-shave to finish it off.

Page said the best way to ensure safe shaving in a hurry is to make a wise choice of a thorough, well-built razor.

Junior Nick Caswell is a seasoned veteran in the facial hair game and said the trick to quick mustache care comes from experience. Caswell decided to grow out his facial hair as a sophomore in high school, and since then, he has continued to maintain it. He recently decided to get sideburn chops and a mustache while he was working at a summer camp. 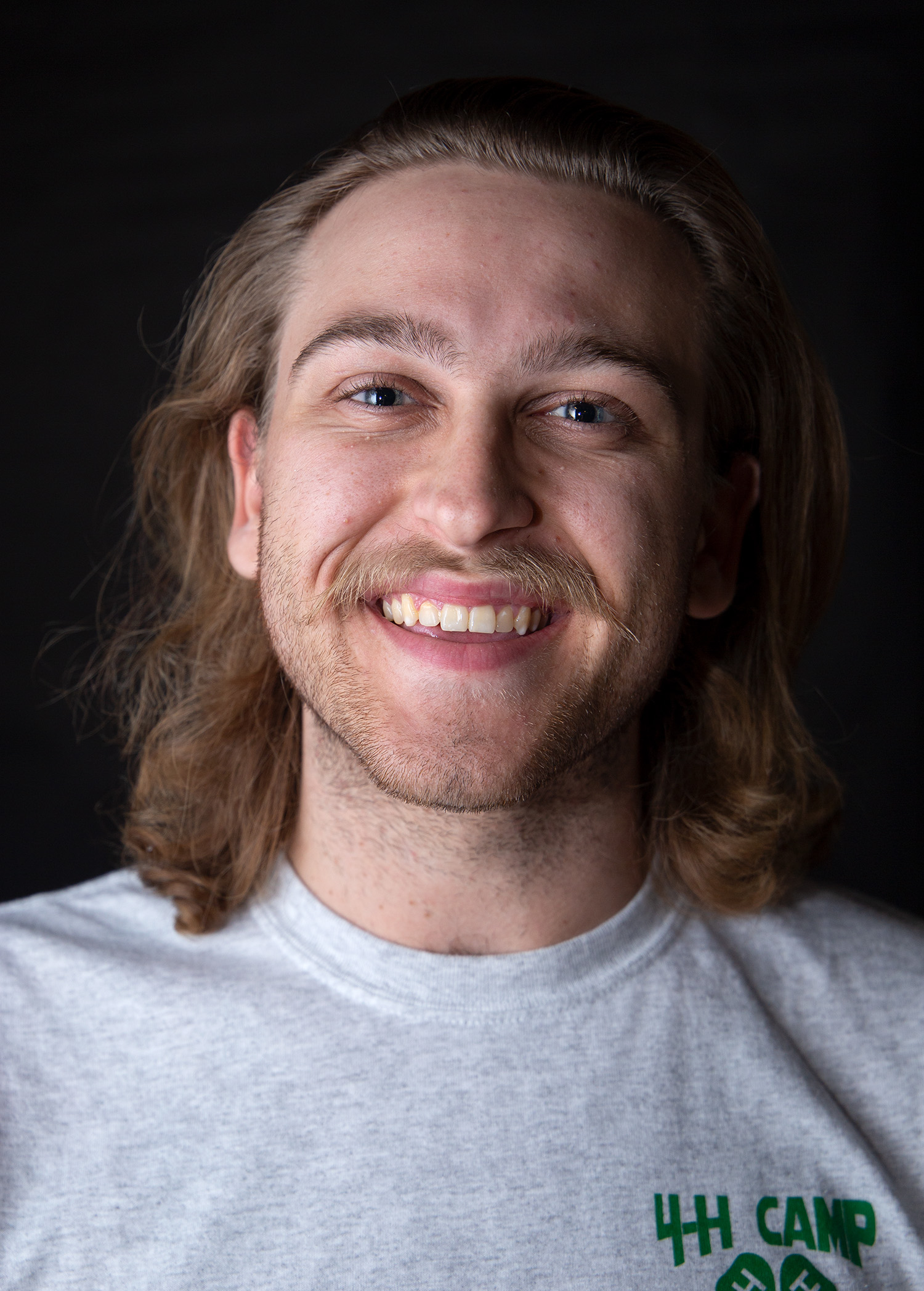 Shepardsville junior Nick Caswell has maintained his facial hair since his sophomore year of high school. “I mostly did the mustache for summer camp, but I’m going to grow a beard for winter,” Caswell said.

“The way I grew my facial hair this summer fit my personality well,” Caswell said.

Caswell said when caring for his facial hair, he combs it and uses an electric razor if he’s in a hurry.

Other people, like junior Joshua Krask, prefer to keep it simple. Krask said he prefers his facial hair well-kept with just the mustache curled at the end.

Krask’s journey to the mustache started with an appreciation for the exceptional grooming of good facial hair, which he said led him to dabble in growing his facial hair out to see what best suited him. Now that he keeps the hair trimmed and clean, he said it’s easier to style.

“My mustache does not take much time to style due to the fact that I have trained the hairs over time to lay a certain way,” Krask said. 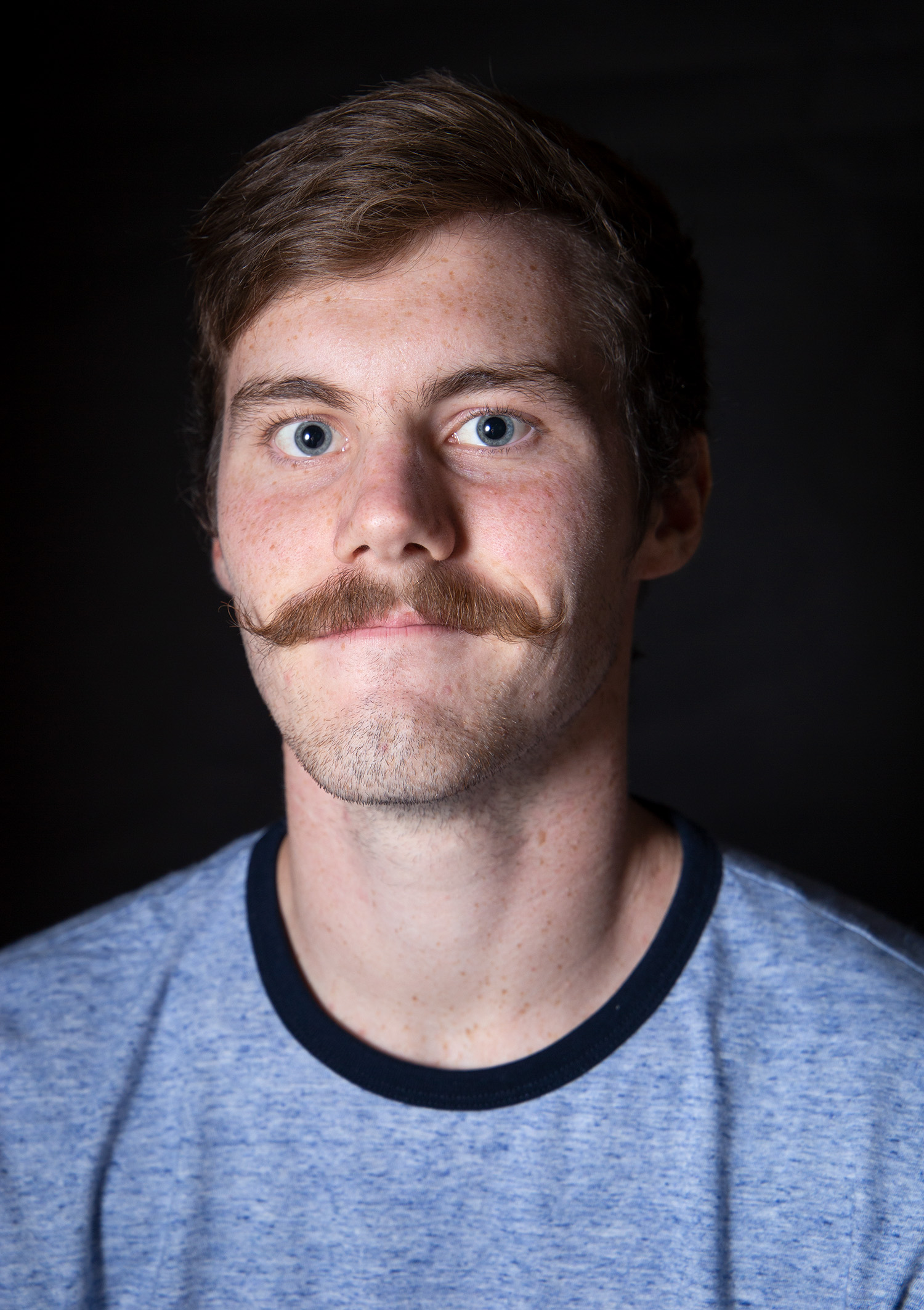 Louisville senior Josh Krask maintains his curly mustache by curling it between his fingers. Though Krask said he loves his mustache, his fiancé isn’t a big fan of it.

Krask has a curled-end mustache but keeps his chin squeaky clean. He said when he’s in a hurry, shaving the chin takes priority over mustache care. He said he will wait to trim his mustache until he has more time since that takes extra concentration and precision. Krask said he is also considering purchasing wax to curl the ends when it gets longer.

Growing facial hair in the first place is a bold, dedicated measure, and heeding this advice can take a mustache or beard from drab to fab. It can also make you feel more comfortable in your own skin. Everyone deserves to let down their hair and feel confident. All it takes is practice, precision and maybe a jar of mustache wax.