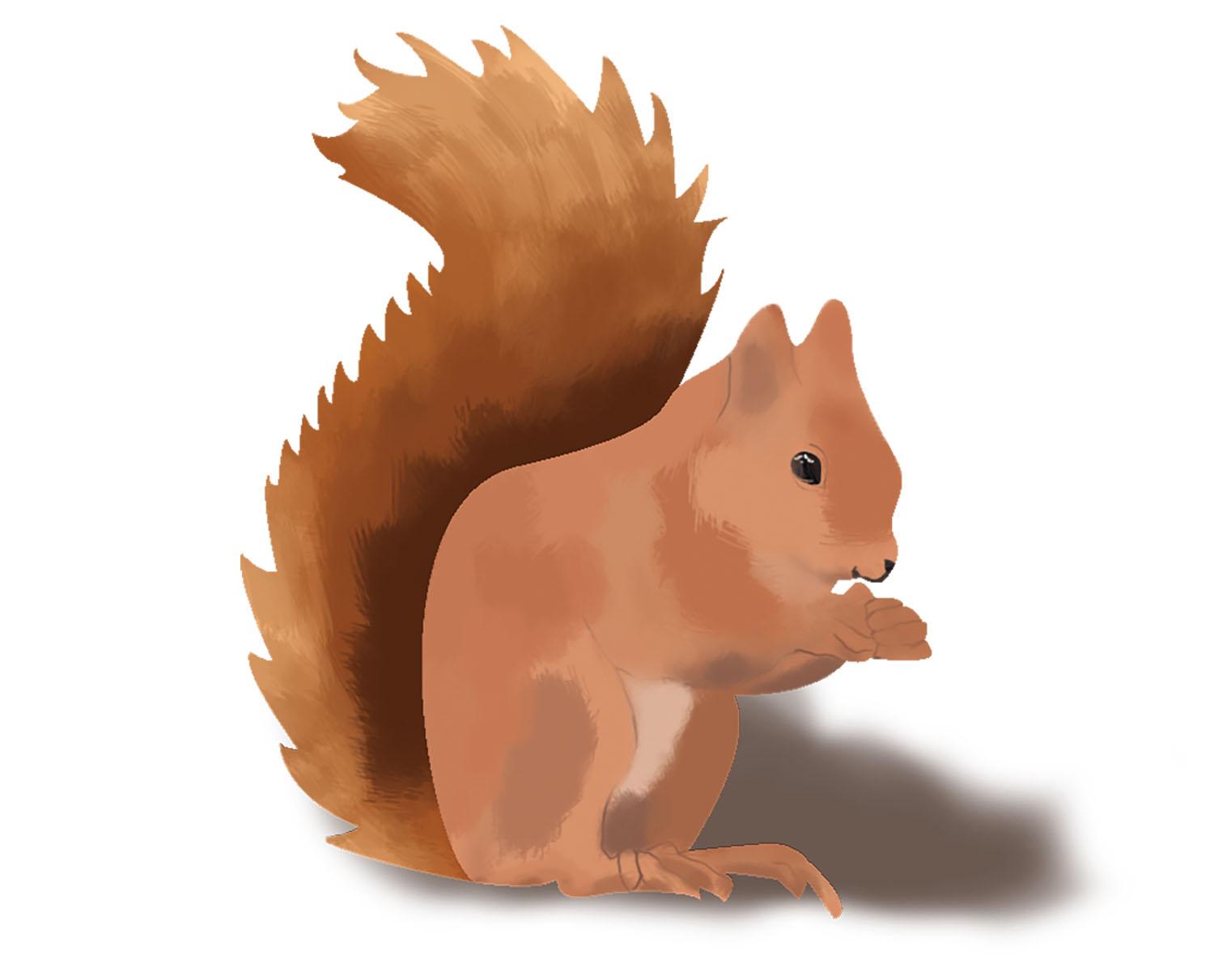 Squirrel girls: A tale of terror

To you, these sounds might be reminiscent of a cute and furry kitten or puppy. But to Mount Sterling junior Sara Karaus and her housemates, these are sounds associated with a terrifying and unwanted nemesis:

To be more specific, a squirrel that neighbor and Lexington senior Sarah Richardson described as “fat as f***” and she said it sounds like it does flips in their walls.

Karaus and her roommate, Russell Springs junior Maggie Flanagan, sat down with me on their back deck, the scene of much of the sins that the squirrel has committed against them, to recount their unwanted roommate’s reign of terror. The two have lived in their house since July, and the squirrel has been there as long as they can recall.

“We could hear noises like —” Karaus made scratching noises and thumps on her chair to demonstrate. “But we didn’t actually see the squirrel until recently. It really didn’t start terrorizing us until school started.”

Karaus launched into a tale of how the squirrel digs holes in their plants and destroys them. She gestured to some hanging plants that they have and said that before she hung those up, they were sitting on the rail.

“The squirrel literally pushed them off the deck,” she said.

She admitted that she didn’t witness it happen, but Flanagan said that they feel “very strongly” that it was the squirrel’s doing.

“The squirrel is out to get us,” she said.

Perhaps what is most unsettling about the squirrel is its tendency to take on human characteristics.

“It thinks it can sit on our furniture like a human,” Karaus said, gesturing to a chair on their deck. “It’ll sit there with the cushions and post up.”

Flanagan said the squirrel mostly resides in her bedroom wall next to her bed.

“It made me really angry, and I started banging on the wall so loudly that I thought my hand was going to go through the drywall,” she said.

The women have a theory that the animals around their house are trying to revolt against them. There is a large, draping tree in the neighbor’s yard that hangs over their deck, and they are certain that it is the headquarters of the demonic squirrel. The tree is large and reminiscent of a tree in a storybook, though instead of being home to dainty fairies and magic, it is home to rodents who prey upon innocent students.

Karaus said that someone told her putting pepper on the plants would prevent the squirrel from eating them, but she said that she was too broke to buy the pepper.

“I think if the WKU community could come together and donate some pepper, we could get rid of the squirrel,” Flanagan said.

The women made it clear that they like the squirrels on campus and do not harbor prejudice against all squirrels.

“It’s just this one squirrel that thinks it can defy us,” Flanagan said.

The squirrel seems to be especially enticed into wreaking havoc by the fall season. Karaus said that when she and her roommates put out fall decorations on their deck, the squirrel seemed to know that the season was turning spooky.

“It saw the pumpkin come out and knew it was time to get its game on,” she said.

Karaus and Flanagan’s neighbors, Sarah Richardson and Versailles senior Haley Bruckner, joined us during the interview and brought their dog, Stella, a border collie/English setter mix described by all as “a very good girl.” According to the women, Stella frequently sits on squirrel patrol.

The women all said that the most terrifying part about having this unwelcome and unwanted guest is the fear they live with every time they approach their front door to enter or exit. Each time they near the door, key trembling in hand, they risk an attack.

Bruckner and Richardson said that the squirrel had been around for a long time, as the previous tenants had also warned them about the treacherous creature.

I asked the women if they had a name for the squirrel, to which they all vehemently said that they did not.

“You name things that you’re attached to,” Flanagan said. “We’re not naming it because we don’t want it.”

As a final plea, Karaus and Flanagan said that they hope the WKU community will come together and help them get rid of this squirrel once and for all.

What will happen next remains a mystery. Will this terrifying beast continue to threaten the women in this house? Will the squirrel lose weight and stop doing acrobatics?

And most terrifying of all, why this house? Clearly, if the creature has been terrifying the residents who lived there prior to Flanagan and Karaus, its anger is not a personal one. Perhaps the squirrel sees their home as his rightful property and will not cease until he makes it his once again, and he will not stop, no matter who or what is in his way.

Until then, our community can only hope that the brave women who battle against this creature every day will emerge victorious and that, finally, we will learn the purpose of this squirrel’s terror.

Editor’s note: A previous version of this story originally misattributed a quote to Maggie Flanagan that was actually said by Sarah Richardson. The Talisman regrets the error.