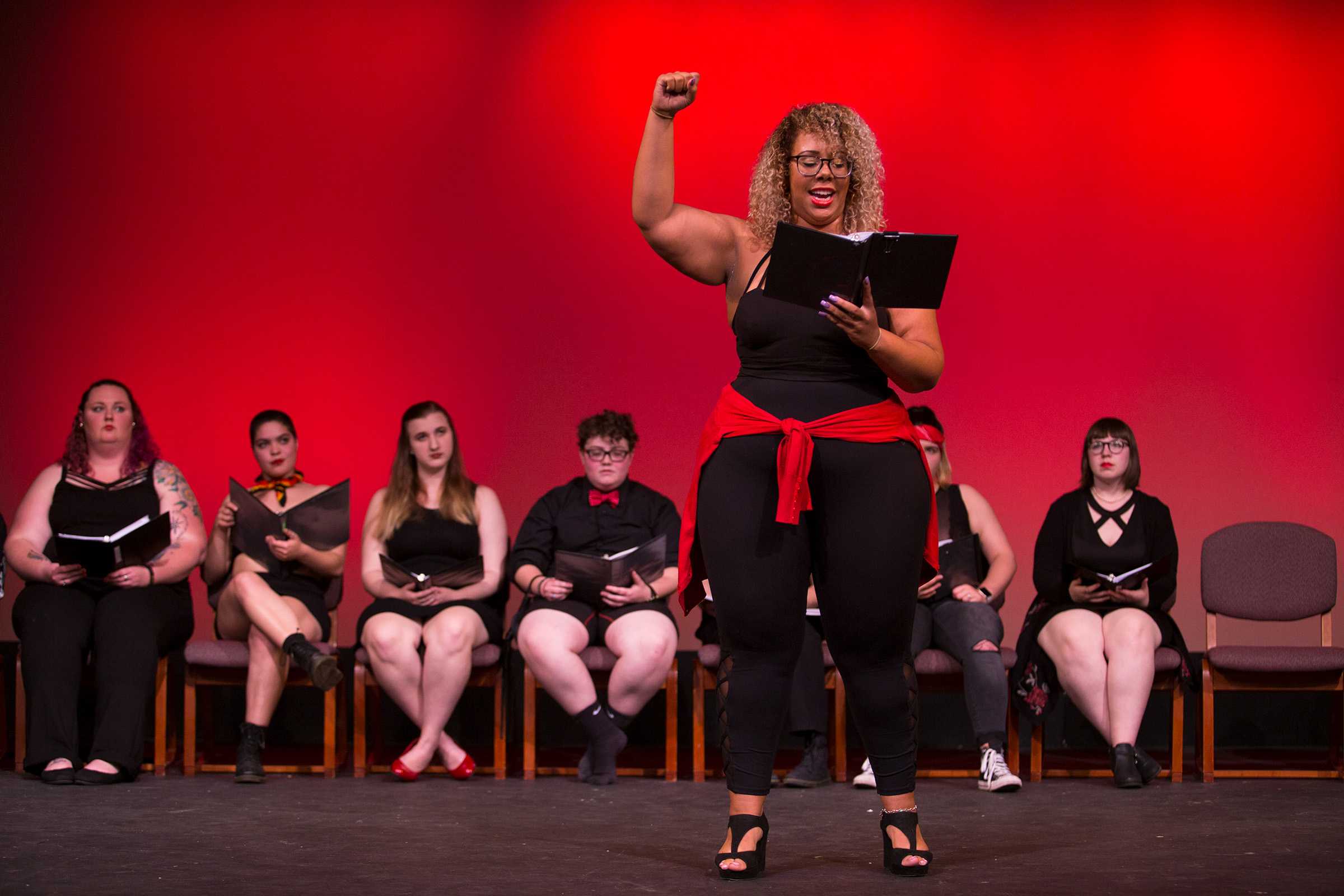 Listen to this year’s Vagina Monologues

On Tuesday, April 24, doors opened at 6:30 p.m. in the Gordon Wilson Hall Lab Theater for WKU’s annual performance of “The Vagina Monologues.” Elizabethtown senior Alyssa Javier directed the play, which is made up of a series of monologues based on interviews playwright Eve Ensler conducted with over 200 women.

The 10 students and one faculty member who participated in the play recited stories based on real women’s relationships with their bodies.  In addition to selling tickets, the organizers hosted a bake sale, and all proceeds went to Hope Harbor, a sexual trauma recovery center for Warren County and surrounding communities.

Scroll down to listen to the monologues that were performed.