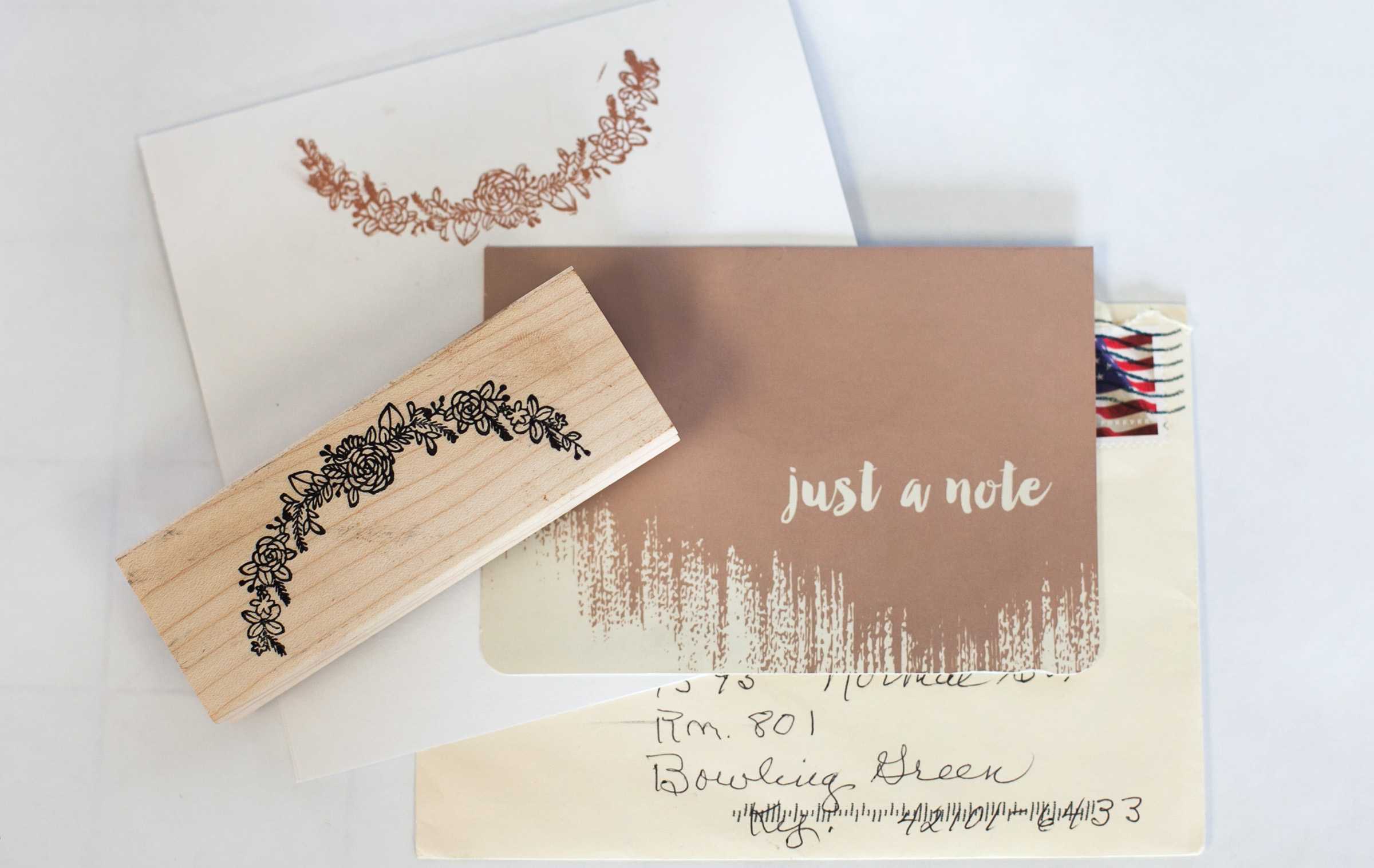 Despite this, many young people still utilize the art of the handwritten letter to communicate with their loved ones far away. We spoke to several WKU students to learn why.

HANGING ON TO HOME

Owensboro freshman Karli Sanders has written to her boyfriend Mason Clark, a Vanderbilt University freshman, and her best friend Jasmyne Post, a University of Louisville freshman, on a regular basis since they all started college this fall.

Though she texts, talks on the phone and FaceTimes them almost every day, she said sending and receiving letters is more personal. Receiving the letters lets her know that they’re thinking about her.

“Texts are often sent without a lot of thought,” Sanders said. “They’re quick. They’re easy. They’re convenient, whereas with a handwritten letter, you’re taking the time to write out your thoughts and feelings, and it just shows that more thought was put into it.”

Sanders said she gets emotional and excited when receiving mail because it makes her feel more at home while she is away from her friends at school.

“We all agree that there’s something special about a handwritten letter,” Sanders said. “It’s just more sentimental.”

Brentwood, Tennessee freshman Abby Baker has been an ardent letter writer for quite some time. In fact, she wrote to her grandmother for as long as she can remember.

“I have notes from my grandmother that are just on receipts, but they’re a written record of her,” Baker said.

The pair continued their correspondence until her grandmother passed away in 2004.

“I like being able to have that memento of our relationship,” Baker said. “You’re able to hold onto that letter forever, and if you’re ever feeling sad, you can pull out the letters and read them.”

Now, she writes to nine other friends from her hometown through a traveling journal.

They bought the journal at Harvard while they were all there on a church trip, and they have passed it around since they all left for school about a month ago. The nine of them have guidelines and an order of who gets to record in the journal, so it circulates with ease between all of them.

Here are their rules:

1. No one is allowed to leave the journal blank.

2. No one can keep the journal longer than 10 days.

3. Everyone must read and comment on the previous entries.

4. Whoever has the journal when it runs out of pages must buy a journal with their school’s name on it and pass both of them along.

Louisville freshman Taylor Crane has been sending letters to her boyfriend Otis Brown since late July when he started school at the Naval Preparatory School in Rhode Island. For the first three weeks, written communication was the only way for them to stay in touch, as per school rules. They’ve continued sending handwritten letters even now that Brown has his phone.

“Waiting for the letters is the hardest part because you don’t know if he has received them yet,” Crane said.

Crane said she likes that the letters are something she can hold onto forever. Although waiting for letters is difficult because she doesn’t know when he gets them, it is worth it when she gets the rush of excitement upon receiving a new letter.

“Reading the letters that Otis sends me makes me so happy that I cry,” Crane said. “I love being able to see his handwriting and holding the papers that he has held.”

She even bought nautical themed cards since he is at the Naval Academy Preparatory School. She records the date and time on each card — in military time, of course — and finishes with a Bible verse to encourage him throughout the week.

Russellville freshman Haley Elliott has been writing to her friend, 16-year-old Cerys Richardson from Portsmouth, England for a year. The pair met through Instagram in 2013 and have been pen pals since last year.

Elliott said she and her friend find that their letters are special because of their decorations, inside jokes and memories in the letters.

“I just love them because of how personal and loving [the letters] are,” Elliott said. “It’s like a personal hug.”

Elliott said she thinks handwritten letters are even more special because she gets to see the other individual’s personal style and, like Baker, appreciates the ability to see the person’s handwriting and how they decorate the letter.

Though there are far more convenient ways to communicate in this technological era, all of these handwritten letter devotees believe the sentiment outweighs the challenges.

Join them by grabbing some stationary, a receipt or even a water bill — y’all seen Dear John? — and take the time to write to the people you care about.

“Definitely write notes,” Baker said. “It doesn’t matter how neat your handwriting is or what you write on. It doesn’t matter if it’s neat or perfect. It’s just about having that physical [letter].”