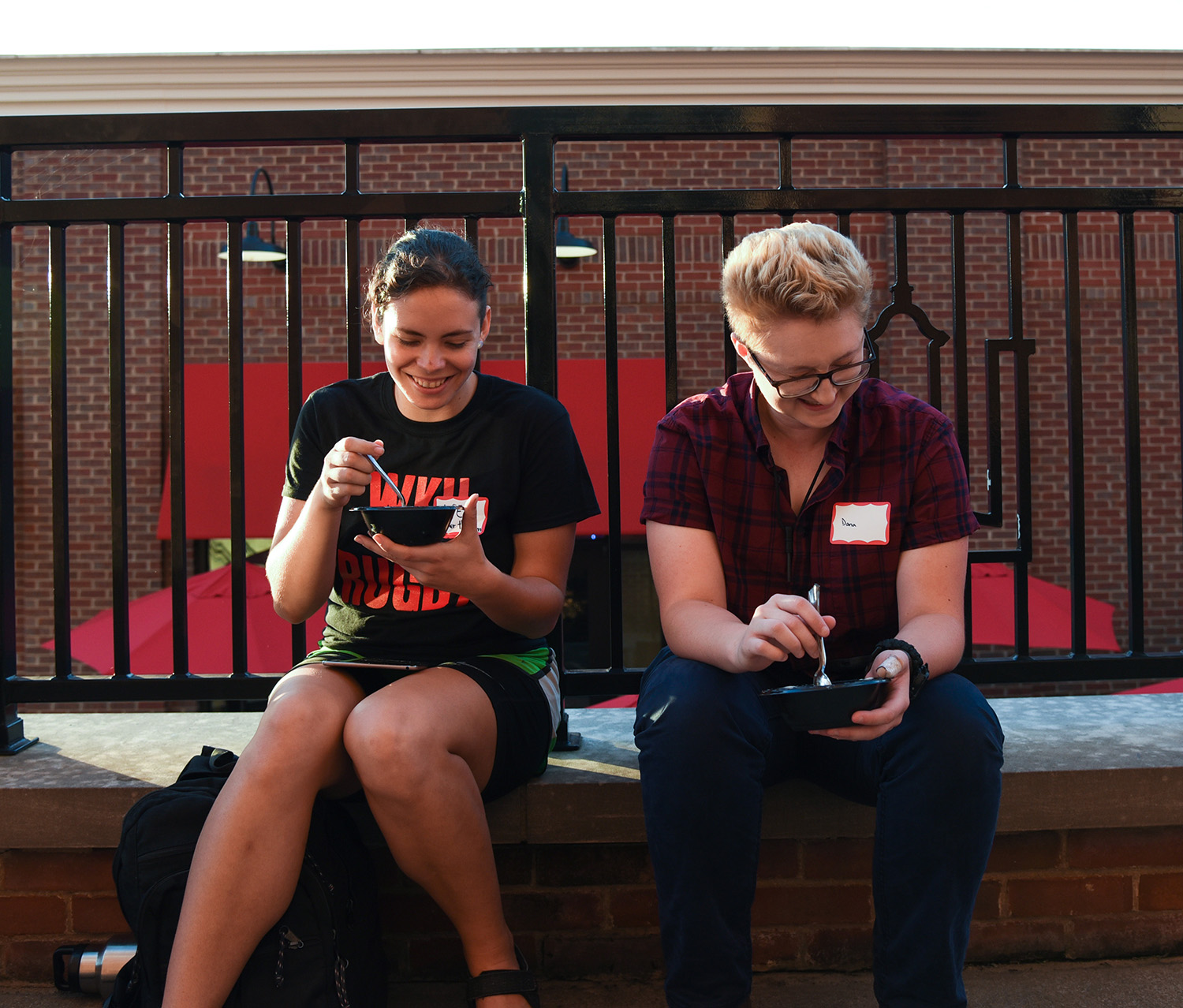 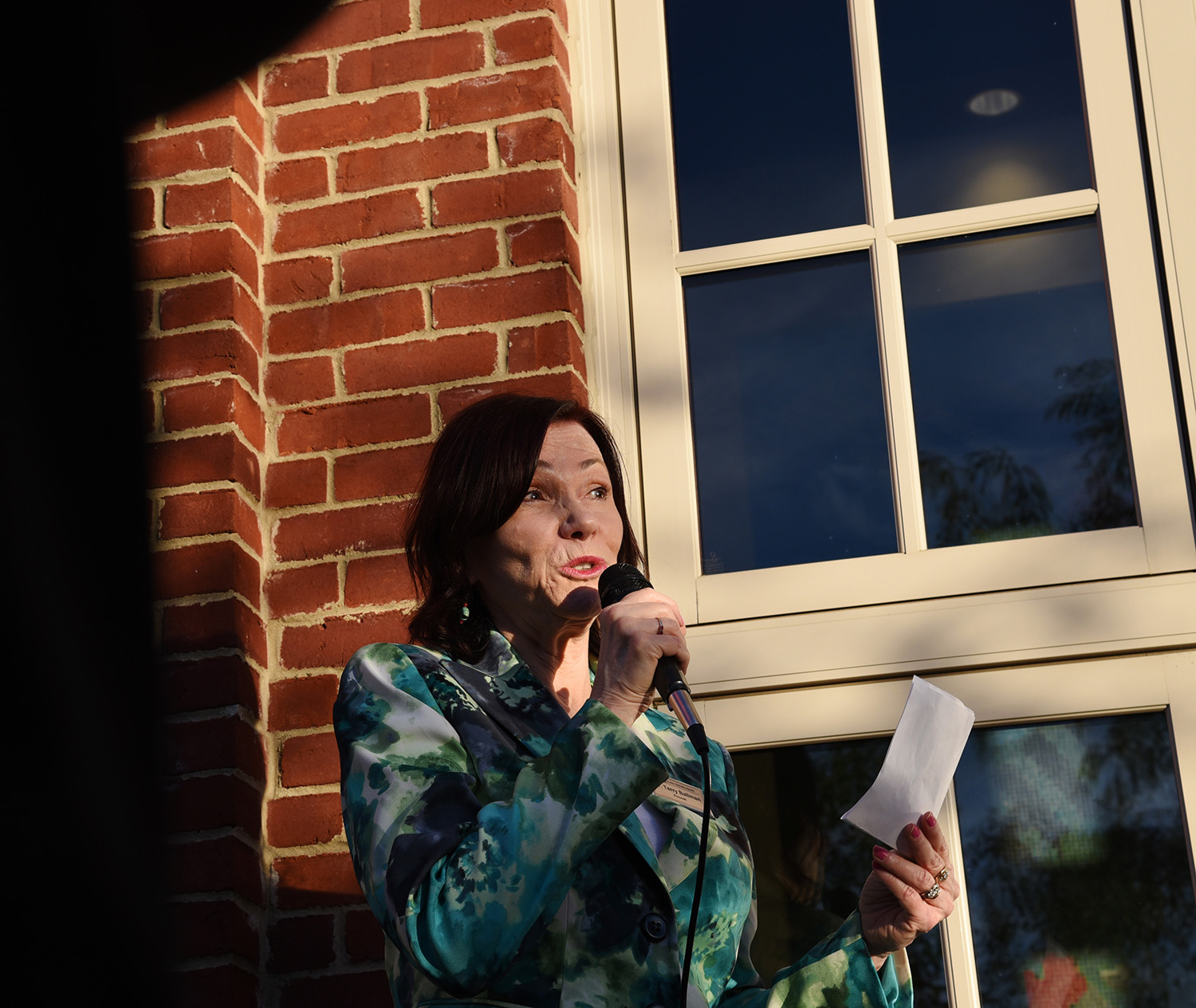 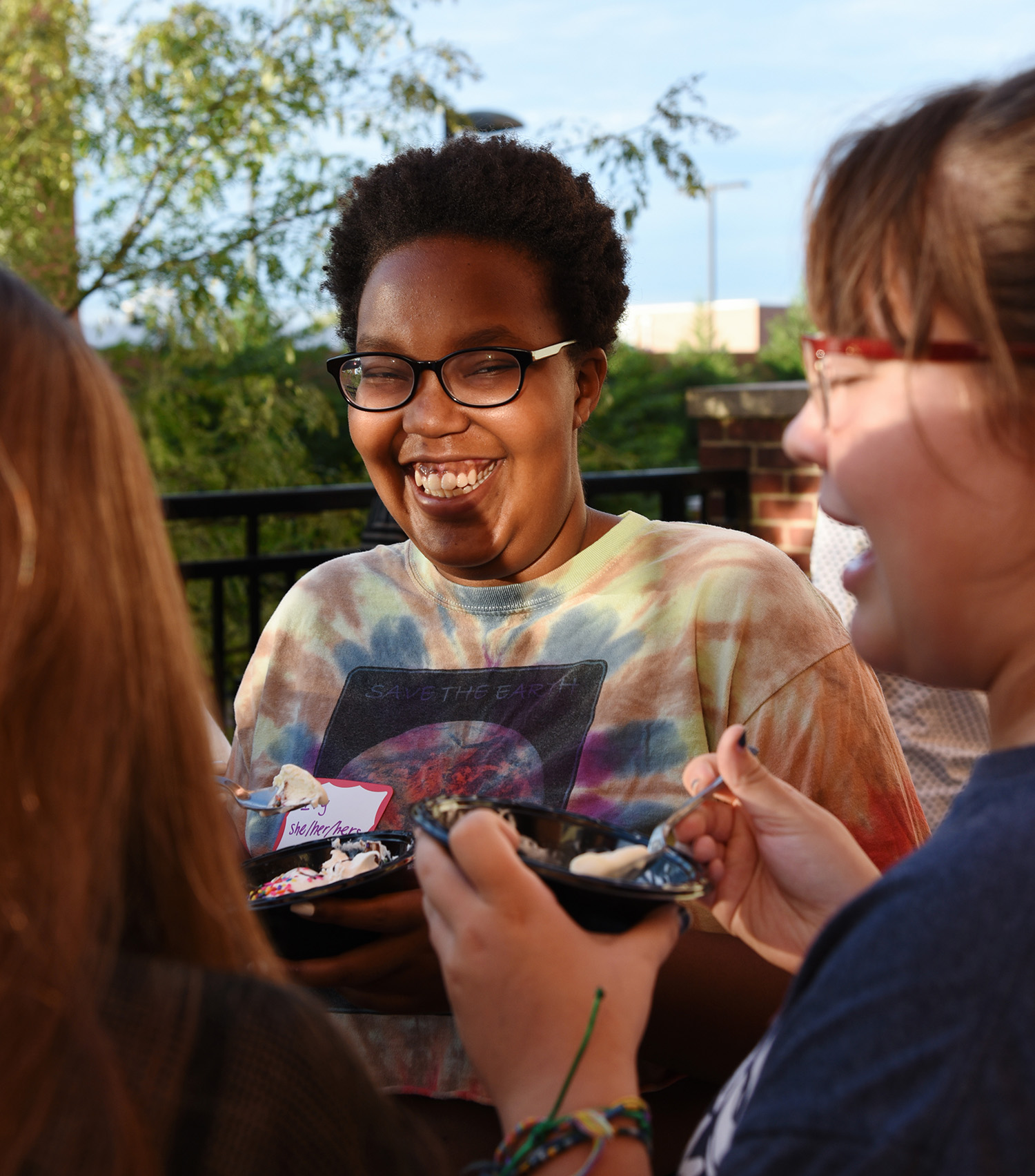 Ivy Irihamye, a Gatton Academy senior, mingles with other students during the LGBTQ and Ally Ice Cream Social outside the Augenstein Alumni Center on Wednesday, Sept. 12.