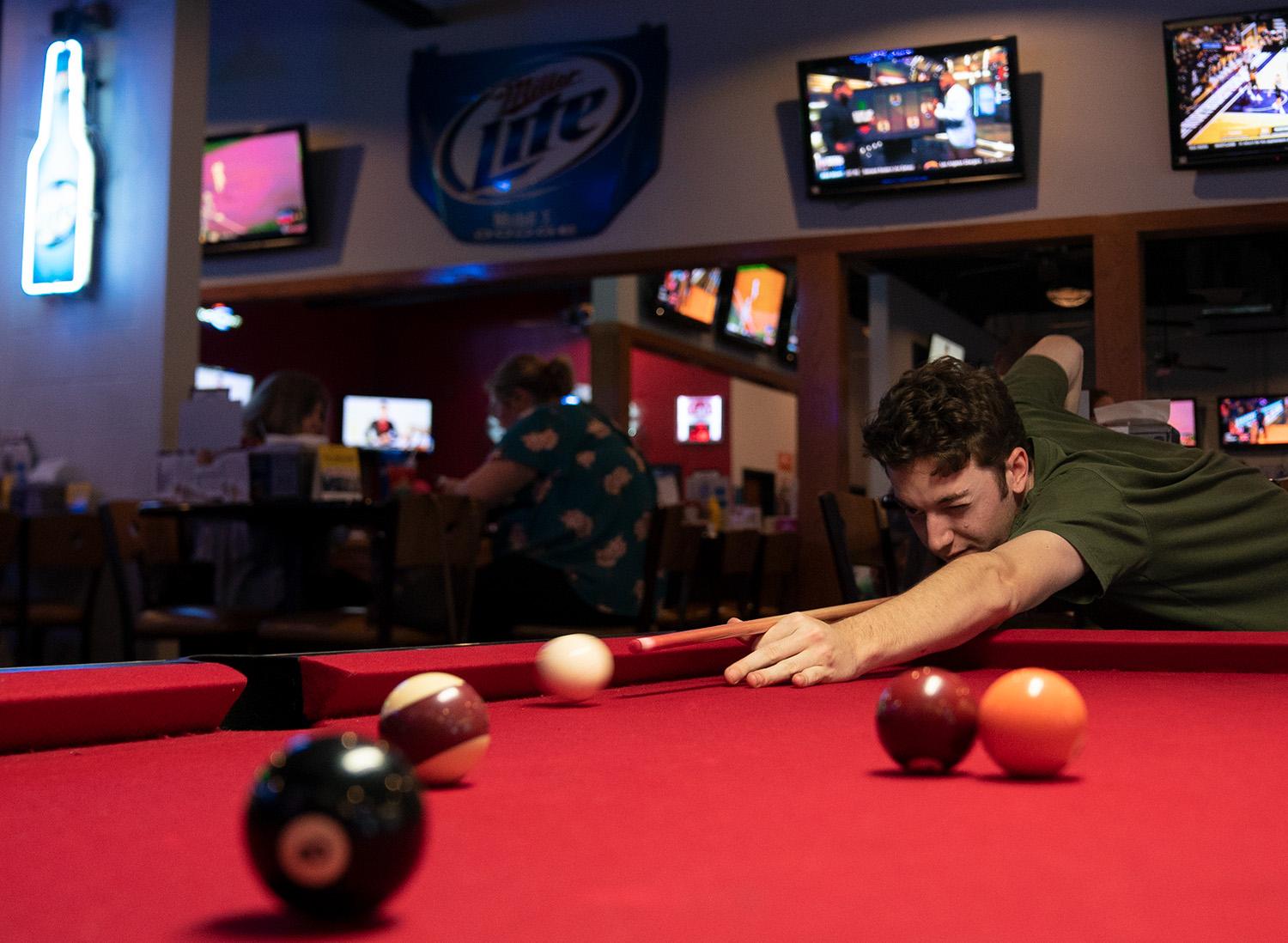 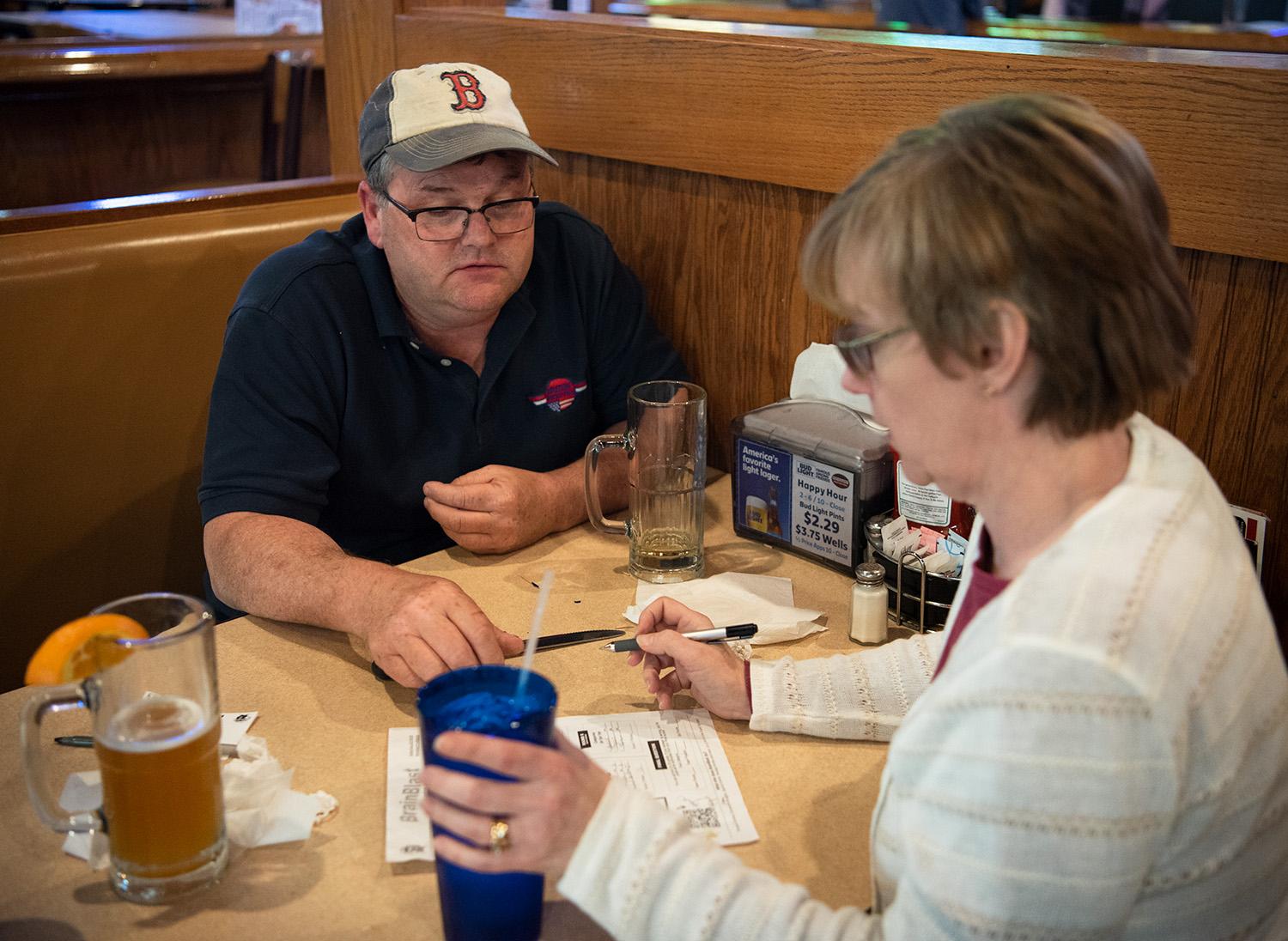 Marquita Miller and Jim Simpson answer trivia questions at Overtime Sports Bar and Grill on Monday, April 15. Gift cards are awarded to the winning team of trivia every Monday evening.