643 Sports Bar hosts trivia night every week on Wednesday at 7 p.m., and I wanted to see if the trivia was just as fun as Mellow Mushroom’s.

I arrived with my group of friends around 6:30 p.m., and the place was not as packed as I originally anticipated. I was expecting a large crowd, but chalked it up to us arriving there so early.

We sat in the back across from the sound booth where the announcer was set up. The ambience was welcoming and chill, so I expected trivia to go well.

The trivia competition started 15 minutes late and only a few more groups of people wandered in as the game started.

The trivia is similar to Mellow’s in that you cannot lose points, but there are only two rounds with five questions. You can wager a set amount of points each question, but you can only wager those values once per round. There is a bonus question after each round as well as a final question where you can wager as many points as you wish from the amount you accrue throughout the game.

This week, our team name was the BRMB Squad because I brought along some friends from the Big Red Marching Band, and we aren’t very good at coming up with team names.

Some categories of the night included television, religion, geography, mythology, science and the Oscars. The questions were fairly difficult, and my team struggled to think of correct answers. There were only four teams playing, but the announcer’s enthusiasm really livened up the place. 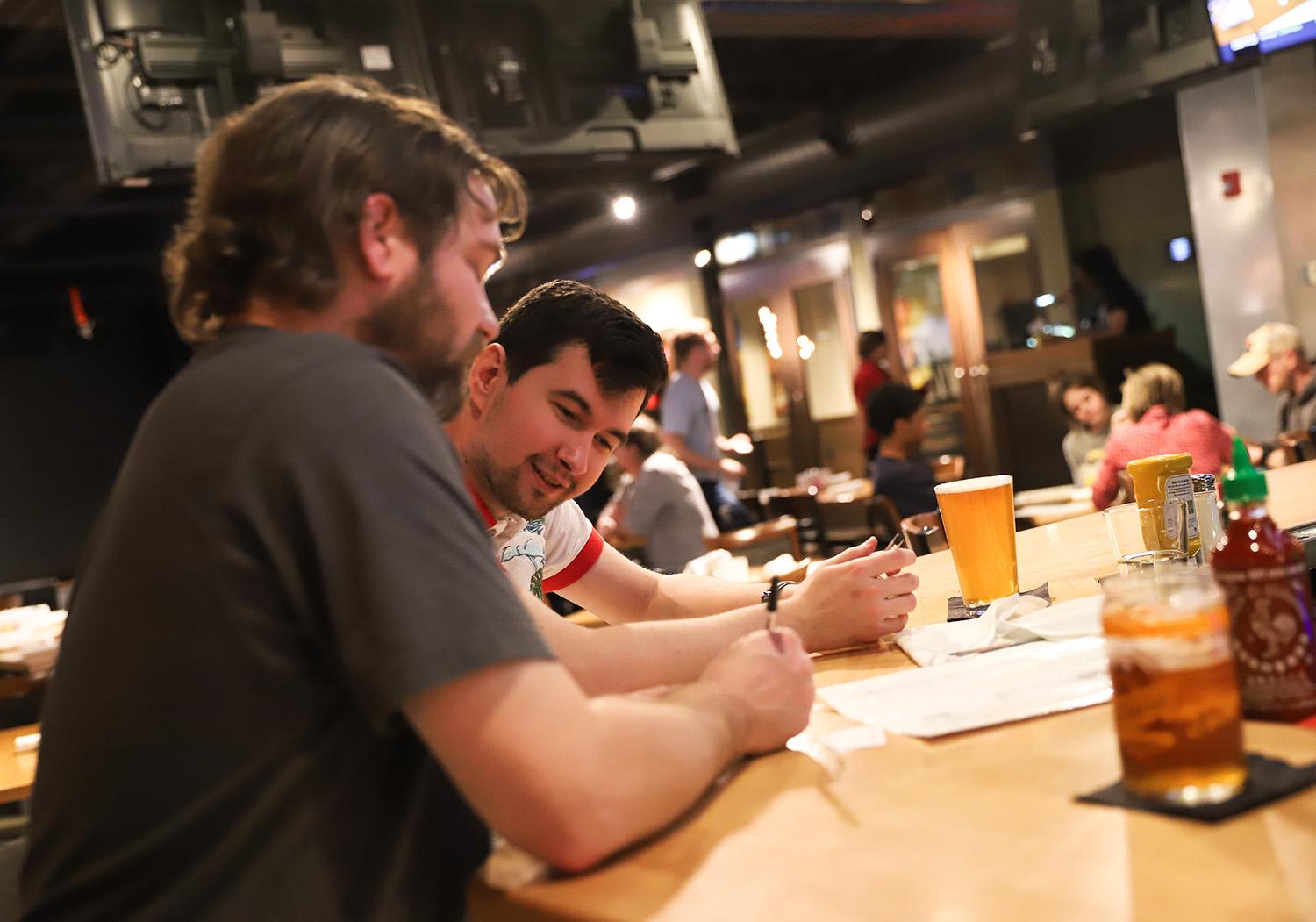 WKU professors discuss possible answers during trivia night at 643 Sports Bar in downtown Bowling Green. Trivia night at the bar is every Wednesday at 7 p.m..

We could hear him clearly from the back of the room, and I had no trouble running the answers to the sound booth and going back to my table. The sound booth was in a convenient place where it was close to all teams and could easily be seen.

I really enjoyed how quick the game went. After everyone submitted their answer, the announcer gave the correct response and moved on to the next question. Overall, trivia lasted for about an hour with breaks between rounds. It was efficient, but I had enough time to finish eating my very tasty southern BLT sliders before trivia was over.

The questions were eclectic and categories were broad, so I didn’t know what to expect when a category was announced. For example, the two geography questions asked were:

• How many states are in the country of Australia?
• What state’s capital is Montpelier?

With the final question, you can wager the total points you’ve earned throughout the game. My team had 50 points at the end. We were unsure of our answer. The category was music, and the question involved a 1970s rap group. We decided to go big or go home and wager everything.

As a result,we ended the night with zero points, but we still had lots of fun. 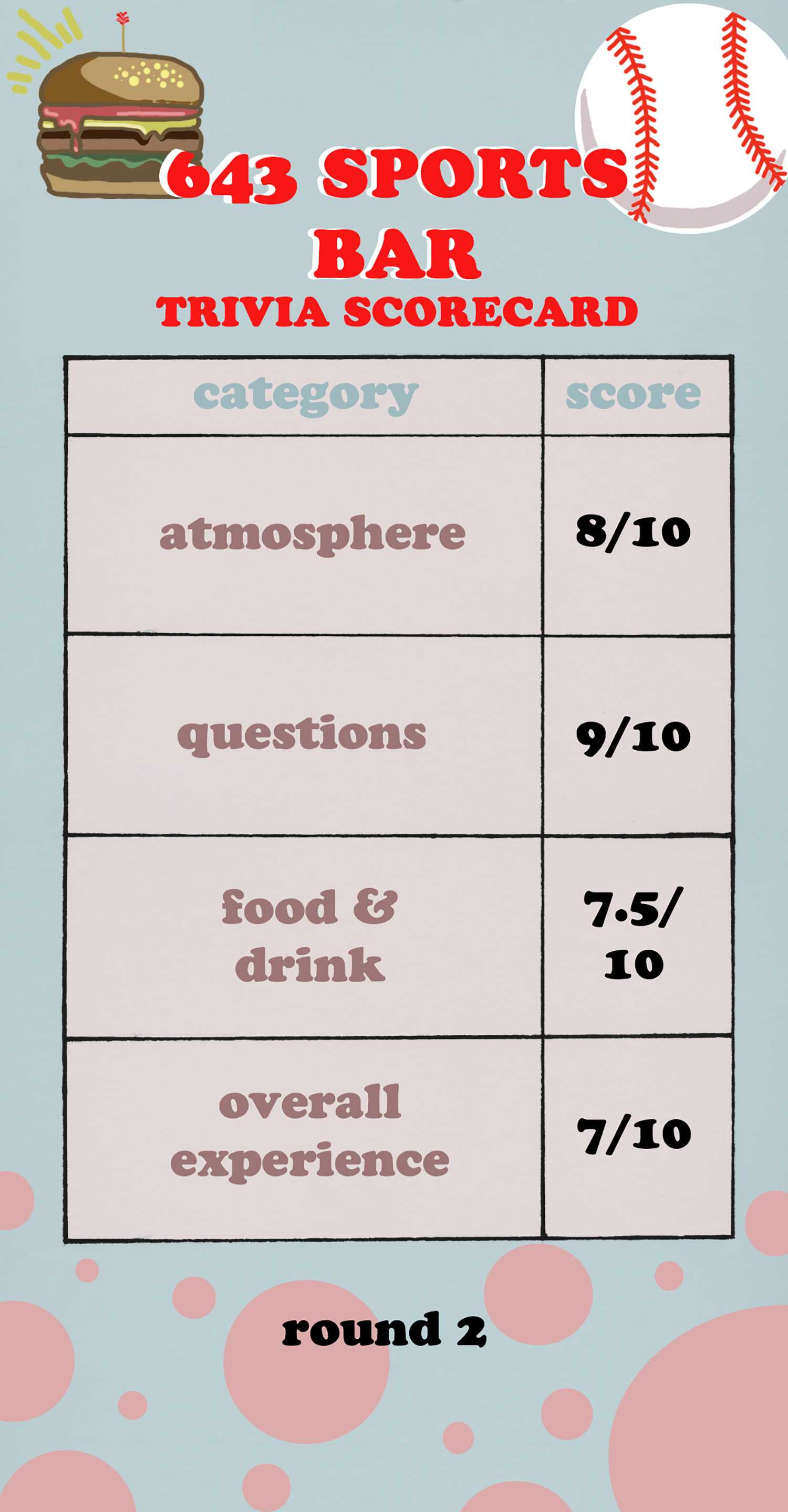 Overall, the experience at 643 was fun. However, it wasn’t as fun as Mellow’s, so I give the trivia a seven out of 10 points. The only complaints I have are that the trivia started late and the small crowd took away from that overall competitive aspect.